Via JMG: Moscow Bans Tribute To Gay Holocaust Victims: It Would Promote Homosexuality 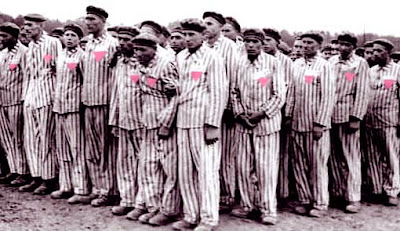 The Moscow government has banned a tribute to the gay victims of the Holocaust became it would give children the wrong idea about homosexuality. Via Gay Star News:

Around 20 participants applied to hold a peaceful event in Kudrinskaya Square in Moscow on 5 November. The intention of the tribute was to also spread the message about not repeating past mistakes and ensuring something like the Holocaust never happens again. But the authorities rejected the application, saying paying tribute to gay victims of Nazi Germany could potentially "influence" children on homosexuality. Nikolai Alekseev, founder of Moscow Pride, said: "The Moscow authorities are becoming increasingly absurd, and the banning of the rally to denounce the crimes of Hitler and Nazism is more proof of this. The government is approving of Nazi Germany’s genocidal policies."


Reposted from Joe
Posted by oreydc at 6:33 PM No comments:

A Life changing video from ekhart tolle at Asilomar

Eckhart Tolle: Film Can Awaken Consciousness and A New Earth 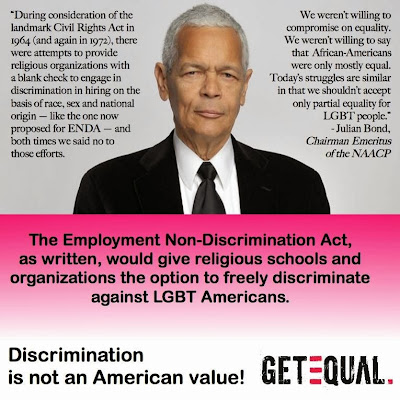 Posted by oreydc at 3:56 PM No comments:

Via OUT: Ian McKellen Gets Vicious on PBS 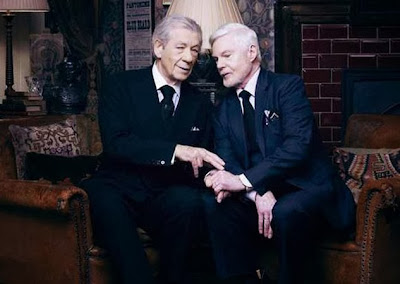 Ian McKellen Gets Vicious on PBS

The out thespian stars as half of a bickering same-sex couple in a show coming Stateside, 'Downton Abbey'-style
The six-episode series Vicious from Britain’s ITV that stars veteran British thesps Ian McKellen and Derek Jacobi is coming to the United States in a deal with PBS, which will give the broadcaster rights to air the series in 2014.

The series from Will & Grace executive producer Gary Janetti, features McKellen and Jacobi as “a constantly bickering couple who’ve lived together in a small Covent Garden flat for nearly 50 years.

But underneath all their vicious co-dependent fighting, they deeply love each other,” according to Deadline Hollywood.

Vicious has a green light for a second season in the U.K., and as these things go these days, an American version is also being considered. Sometimes it works (see: The Office) and sometimes it sucks (see: Coupling, Football Wives, Red Dwarf, Skins, I'm a Celebrity Get Me Out of Here).

Tags: Ian McKellen
Posted by oreydc at 3:41 PM No comments:

Via Gray Queers / FB: THE FACE OF GAY YESTERDAY!!

THE FACE OF GAY YESTERDAY!!

On February 12, 2004, San Francisco authorities challenged
California's marriage law by issuing a license and performing
a wedding ceremony for Phyllis Lyon, 79, and Del Martin, 83.
Marriages performed at that time were declared invalid, but
after a California Supreme Court decision for marriage equality,
Phyllis Lyon and Del Martin were married in a ceremony on
June 16, 2008.Known as a lesbian activist, Phyllis Lyon and
Del Martin formed the first national lesbian organization
in the United States, Daughters of Bilitis, in 1955.

Posted by oreydc at 3:30 PM No comments:

Via Waves of Gratitude / FB: 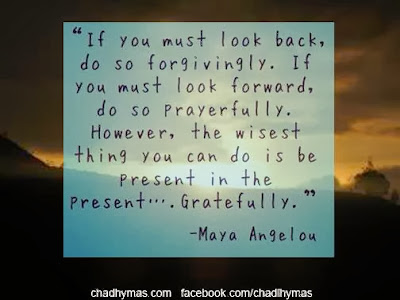 Posted by oreydc at 9:44 AM No comments: 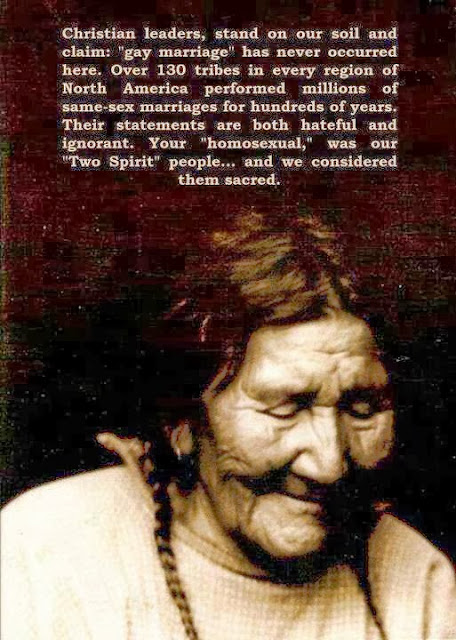 Posted by oreydc at 9:41 AM No comments:

The religious right is rolling out talking points in opposition to the Employment Non-Discrimination Act (ENDA), hoping to prevent the Senate from passing the bill in the coming weeks. In addition to outlandish statements that conservatives have made over the past few years, groups like the Liberty Counsel, Traditional Values Coalition, Heritage Foundation, and Family Research Council have distinct talking points they are feeding to Republican lawmakers to try to stall ENDA.
Here’s a look at 10 of the myths they’re spreading about the proposed employment protections for LGBT people:

Much of the opposition to ENDA focuses on the protections for transgender people. This talking point portrays respecting trans people’s gender identity as a “radical notion,” essentially suggesting that there is no such thing as gender identity and that it should be fine to discriminate against transgender people. The American Psychiatric Association, however, does recognize “gender dysphoria” as a real human condition and encourages transition when it’s in the best interest of an individual’s mental health. ENDA does not abolish gender; it actually recognizes it in all its forms.


2. ENDA Requires Access To Shared Facilities With The Opposite Sex

Conservatives are particularly concerned about trans people using the bathroom that matches their gender identity. ENDA doesn’t impact public accommodations, but it would impact what facilities employees at a business are allowed to use. Believe it or not, trans people have to go to the bathroom just like everybody else — and they already do. But trans people’s day-to-day life is framed by their gender, not their biological sex, so suggesting that ENDA allows the “opposite sex” into the restroom actually erases trans identities. Conservatives also imply that trans people flip-flop their gender on a day-to-day basis, which simply isn’t true; gender identity is an internal and consistent phenomenon, not a whimsical hobby.
As a recent study found, people often are more comfortable with employment protections for trans people than they are facility protections, but an employee has to be allowed to safely go to the bathroom without being humiliated, so the two can’t realistically be separated. Conservatives who express this bathroom panic can rarely provide an answer to the question, “So then where should trans people pee?”

This talking point speaks to how the bill would allow trans people to dress according to their gender identity. As the Liberty Counsel writes, “ENDA would force employers to hire individuals that may be contrary to the employer’s image it wishes to portray.” The Family Research Council similarly warns that employers would be forced to “accept as normal” any person with a gender identity variation. In other words, if an employer thinks trans people are ugly or deviant, that should be reason enough not to hire them or justification for firing them. This is an appeal to superficial prejudice and stigma — nothing more.


4. ENDA Harms The Institution Of Marriage

The Liberty Counsel alleges that in states that do not have marriage equality, ENDA will force employers to provide partner benefits to employees with a same-sex spouse or partner. The words “marriage,” “spouse,” “partner,” “benefit,” “entitlement,” and “insurance” appear nowhere in the legislation. ENDA only offers protections in regards to hiring, firing, promoting, and compensation; it does not change states’ marriage laws nor impact how employers abide by them.

The final solution for conservatives to fight back against the amazing progress marriage equality has made is an amendment to the U.S. Constitution banning same-sex marriage for the entire country (a.k.a. the “federal marriage amendment” or FMA) — a virtual impossibility. The Liberty Counsel warns that ENDA would create precedent for protecting LGBT people and thus make “traditional sexual morality a form of discrimination.” The Constitution, however, is the final word on the law, so ENDA wouldn’t actually change the validity of the FMA in the improbable event it ever advanced. Given that people overwhelmingly believe ENDA is already law, the only actual consequence of its passage might be that anti-LGBT discrimination of any kind — in the definition of marriage or otherwise — could become even less popular.


6. ENDA Will Have A “Chilling Effect” On Free Speech And “Religious Liberty”

The Traditional Values Coalition worries that employers with “conscience objections or religious reservations” will be threatened with lawsuits from LGBT people. ENDA has two protections against this. First, its religious exemption guarantees that any organization that is already protected under law to discriminate on the basis of religious identity will be allowed to continue discriminating on the basis of sexual orientation or gender identity as well. There is also a provision prohibiting legal retaliation against anybody who opposes ENDA. The only truth to this claim is that people who are not part of religious organizations who want to discriminate against LGBT people just for discrimination’s sake would be liable under the law; that is the whole point of ENDA.

Currently, there are 21 states that protect sexual orientation, including 17 that also protect gender identity. In the rest of the country, anti-LGBT discrimination is otherwise perfectly legal. The Traditional Values Coalition warns that ENDA will “overrule” those 34 other states’ laws by imposing LGBT protections. Just because the states don’t protect LGBT people from discrimination doesn’t mean that they have laws guaranteeing or mandating discrimination; they simply don’t have laws that say anything about LGBT discrimination. In other words, there’s nothing to overrule.


8. Children Will Be Confused By Teachers “Experimenting With Their Gender Identities”

This talking point does nothing but stigmatize transgender identities. All people should have the right to be their authentic selves, including transitioning if that is what allows them to be happy and fulfilled in their day-to-day lives. The same goes for children. If they learn that trans people exist, that isn’t going to make them trans. As Harvey Milk joked over 35 years ago defending gay teachers from the same scare tactics, “If teachers are going to affect you as role models, there’d be a lot of nuns running around the streets today.” If anything, learning that trans people exists might help a few young people understand their own struggles with gender identity, which could lead to a huge benefit for their mental health. Fear-mongering about trans educators only reinforces disapproval of transgender identities.


9. Employers Will Be “Forced To Employ And Affirm” Transgender People

ENDA specifically prohibits quotas and any kind of preferential treatment, so there is no “forced” employment. If an employee comes out as transgender and begins to transition, then yes, ENDA would protect that individual from being fired. That is the express purpose of the law: to protect people from being fired for their identity. Being transgender is not a disqualification from any occupation.


10. Comparing ENDA To Civil Rights Is Just An Attempt To “Stigmatize Public Debate”

Having the freedom to work is not only a basic civil right; it’s the foundation of the American dream. People’s capacity to get a job done and earn a fair wage should not be tied to their identity, whether it’s their sex, race, religion, ability, sexual orientation, or gender identity. ENDA simply guarantees that LGBT people have the same access to participating in the economy as everybody else. This is particularly important for the trans community, which experiences epic rates of unemployment, homelessness, and poverty specifically because of discrimination.

The myths used to oppose ENDA play into prejudice and stigma that some people may already feel about the LGBT community. These biases may well be unintentional and the product of a lack of understanding about sexual orientation and gender identity. Nevertheless, the bill is designed to protect the well-being of people living authentic lives, and such biases must be overcome.

Make the jump here to read the original article at ThinkProgress
Posted by oreydc at 9:13 AM No comments:

- Ven. Bhikkhu Bodhi, "An Act of Conscience"
Read the entire article in the Wisdom Collection through November 1, 2013
For full access at any time, become a Tricycle Community Supporting or Sustaining Member

Posted by oreydc at 6:56 AM No comments: