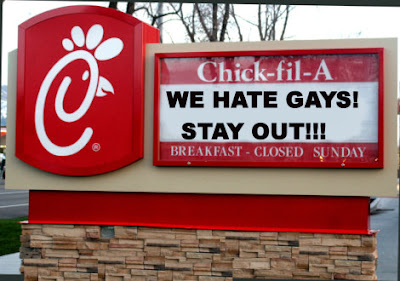 If CEOs these days were smart, they would realize that over half of America supports marriage equality. Companies like Amazon, Microsoft, Starbucks, Google, and many more have famously “gone gay” and come out in support of LGBT rights through monetary donations, employee protection, and publicly promoting equality. It seems like publicly opposing equality would be PR suicide these days, doesn’t it? Surprisingly, this isn’t the case. The Human Rights Campaign conducts an annual Corporate Equality Index and consistently hands out failing grades to companies for either being un-inclusive, or downright homophobic. Some of the following companies might be familiar to you, but you might be surprised by who else made the list.

Make the jump here to read the full article here

Posted by oreydc at 6:15 PM No comments: Links to this post

How long do you think it will take them? 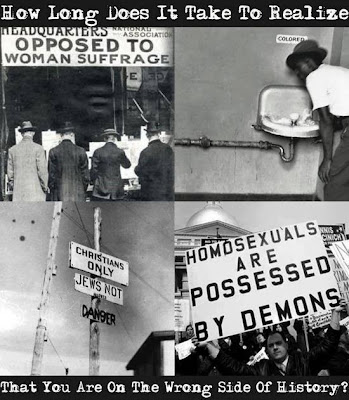 Posted by oreydc at 5:49 PM No comments: Links to this post

Via JMG: City Of Night Turns 50 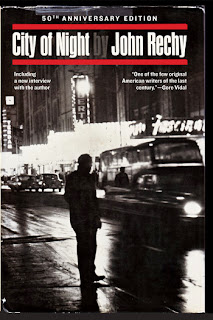 John Rechy's landmark novel, City Of Night, was published 50 years ago this week.  From the Los Angeles Times:


The book is a landmark not only of gay literature -- it tells the story of a street hustler as he moves through the shadow world of the 1950s -- but also of American literature. “City of Night” was not the first overtly gay-themed book (Radclyffe Hall’s “The Well of Loneliness” appeared in 1928, and in 1956, Allen Ginsberg published his long poem “Howl,” followed, three years later, by William S. Burroughs with “Naked Lunch”) but it may be the most unapologetic, a searing screed of life on the edge. “Later I would think of America as one vast City of Night,” Rechy writes in the novel’s opening sentence, “stretching gaudily from Times Square to Hollywood Boulevard -- jukebox-winking, rock-n-roll-moaning: America at night fusing its darkcities into the unmistakable shape of loneliness.”

Years ago I mentioned here that City Of Night remains my favorite novel of all time. Since I first read it decades ago in college, I've gifted it to friends dozens of times. (I still hate the ending.) You might also enjoy Rechy's Numbers and The Sexual Outlaw.


Reposted from Joe
Posted by oreydc at 1:18 PM No comments: Links to this post

Via JMG: God Sent The Russian Meteor Because He Was Pissed About All That Gayness 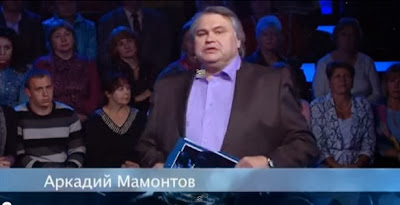 According to Russian television host Arkady Mamontov, the meteor that hit Russia earlier this year was sent by God because of "gay activity."

In a reference to the Old Testament story of the cities of Sodom and Gomorrah, famous journalist Arkady Mamontov said on his program that the fall of the Chelyabinsk meteorite on February 15 in Russia was related to the country’s growing gay activity. Mamontov’s program ‘Special Correspondent’ airs on state channel Rossiya 1. The host called the meteorite a warning "to all of us that we should keep the family tradition, traditional love, or else something else - not only the Chelyabinsk meteorite - will hit us." The Russian LGBT Network rights group filed a complaint with the prosecutor’s office on Thursday. The group accused the show of hate speech, according to group chairman Igor Kochetkov. He said that Mamontov also claimed that gays and lesbians want to "destroy [traditional] Russia.”

Over 1500 people (including hundreds of children) were injured by the meteor's shock wave.
RELATED: Yesterday I reported about the secret recordings of LGBT groups made by the Russia government. It was on Mamontov's show that the recordings were aired.


Reposted from Joe
Posted by oreydc at 9:24 AM No comments: Links to this post

- Zen Master Dogen, "Groundhog Day"
Read the entire article in the Wisdom Collection through November 17, 2013
For full access at any time, become a Tricycle Community Supporting or Sustaining Member

Posted by oreydc at 9:22 AM No comments: Links to this post 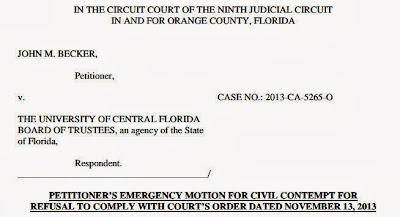 The University of Central Florida is facing a contempt of court charge for refusing to hand over internal documents related to the publication of discredited researcher Mark Regnerus' deeply flawed study on gay parenting. UCF was ordered to release the documents following a demand by gay activist John Becker. Via the UCF student newspaper:

John Becker’s attorney, Andrea Mogensen, filed a motion for contempt against UCF for refusing to comply with court orders telling UCF to produce records relating to a controversial study by Mark Regnerus on gay and lesbian parenting. According to the motion, Becker seeks sanctions, including fines or imprisonment, for UCF’s Board of Trustees for failure to comply with the court’s Nov. 13 order, which stated that UCF had until Nov. 14 to produce the records. But even after UCF’s lawyers asked the court for clarification over the production of the records and received an extension to produce the records, UCF continued to disobey the court’s orders, the motion states. “It is inexcusable – and, frankly, inexplicable – for UCF to fail to produce public records in direct contravention of a court order,” said Barbara Peterson, attorney and president of Florida’s First Amendment Foundation. “The university’s failure to comply shows, unfortunately, not only contempt for the court but for the public’s constitutional right of access to government records.”

The Regnerus study has been cited by numerous hate groups in their attempts to thwart LGBT equality and was even presented to Russia's national legislature as part of the campaign to allow the government to seize the children of gay parents. Regnerus claims to have been an impartial researcher, but he has testified against gay families before state legislatures and even submitted a SCOTUS brief against the repeal of DOMA. Read today's contempt filing in full. (Tipped by JMG reader Str8 Grandmother)
UNRELATED:  UCF is the largest public university (by enrollment) in the nation and I am an alumnus. Go Knights?
Labels: crackpots, education, Florida, gay families, gay parenting, hate groups, Mark Regnerus, religion, UCF


Reposted from Joe
Posted by oreydc at 9:21 AM No comments: Links to this post