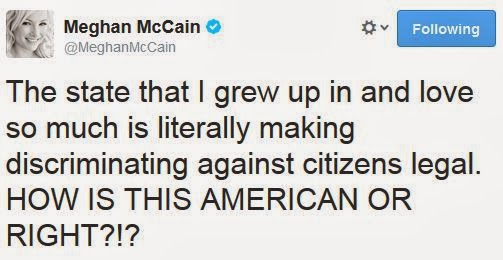 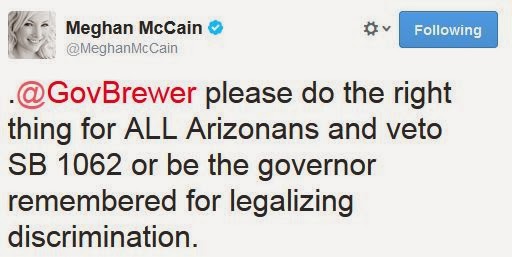 
Reposted from Joe Jervis
Posted by oreydc at 7:35 PM No comments: Links to this post

The first headline is from the tabloid Daily Mail.  The Telegraph has a less sensational story:

Men are to be banned from becoming Queen or Princess of Wales as part of an unprecedented effort to rewrite more than 700 years of law to prevent unintended consequences of gay marriage. Even a 14th Century act declaring it high treason to have an affair with the monarch’s husband or wife is included in the sweeping redrafting exercise. The order makes clear that a clause in the Act giving gay and heterosexual marriage the same legal effect does not apply to the rights of anyone “who marries, or who is married to, the King Regnant, to the title of Queen”. It also makes clear that were a future Prince of Wales to marry a man his husband could not be called Princess of Wales.

More immediately, the order rules out the possibility of Dukes, Earls and other male peers who marry other men making their husbands Duchess, Countess or Lady. Meanwhile dozens of other laws are to be excluded from the remit of the Act. They include the Second Statute of Westminster from 1285, which deals with inheritance matters, and even the Treason Act of 1351. It makes it high treason to “violate the King’s companion” – meaning the husband or wife of the monarch – or that of the heir. A Government spokeswoman explained that it would still be considered high treason to have sex with a king’s wife – but not his husband.


Reposted from Joe Jervis
Posted by oreydc at 7:33 PM No comments: Links to this post

Congratulations. You are now the first state actually to pass a bill permitting businesses–even those open to the public–to refuse to provide service to LGBT people based on an individual’s “sincerely held religious belief.” This “turn away the gay” bill enshrines discrimination into the law. Your taxi drivers can refuse to carry us. Your hotels can refuse to house us. And your restaurants can refuse to serve us.

Kansas tried to pass a similar law, but had the good sense to not let it come up for a vote. The quashing came only after the Kansas Chamber of Commerce and other traditional conservative groups came out strongly against the bill.

But not you, Arizona. You’re willing to ostracize and marginalize LGBT people to score political points with the extreme right of the Republican Party. You say this bill protects “religious freedom,” but no one is fooled. When I was younger, people used “God’s Will” as a reason to keep the races separate, too. Make no mistake, this is the new segregation, yours is a Jim Crow law, and you are about to make yourself ground zero.

This bill also saddens me deeply. Brad and I have strong ties to Arizona. Brad was born in Phoenix, and we vacation in Show Low. We have close friends and relatives in the state and spend weeks there annually. We even attended the Fourth of July Parade in Show Low in 2012, looking like a pair of Arizona ranchers.

The law is breathtaking in its scope. It gives bigotry against us gays and lesbians a powerful and unprecedented weapon. But your mean-spirited representatives and senators know this. They also know that it is going to be struck down eventually by the courts. But they passed it anyway, just to make their hateful opinion of us crystal clear.

So let me make mine just as clear. If your Governor Jan Brewer signs this repugnant bill into law, make no mistake. We will not come. We will not spend. And we will urge everyone we know–from large corporations to small families on vacation–to boycott. Because you don’t deserve our dollars. Not one red cent.

And maybe you just never learn. In 1989, you voted down recognition of the Martin Luther King holiday, and as a result, conventions and tourists boycotted the state, and the NFL moved the Superbowl to Pasadena. That was a $500 million mistake.

So if our appeals to equality, fairness, and our basic right to live in a civil society without doors being slammed in our face for being who we are don’t move you, I’ll bet a big hit to your pocketbook and state coffers will.

The original post can be found here
Posted by oreydc at 7:25 PM No comments: Links to this post

- Maurine Stewart, “Our One and Only Commandment”
Read the entire article in the Wisdom Collection through February 23, 2014
For full access at any time, become a Tricycle Community Supporting or Sustaining Member

Posted by oreydc at 9:53 AM No comments: Links to this post 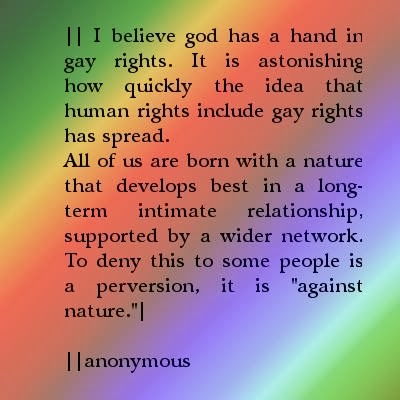 Posted by oreydc at 9:51 AM No comments: Links to this post