Via JMG: HRC: Recall US Ambassador To Uganda


Via press release from the Human Rights Campaign:


President Museveni sent a clear message today that bigotry and intolerance – which is now further codified into statute in Uganda – trump the rights of LGBT Ugandans. Let there be no room for doubt, this bill could destroy lives and tear families apart. We call on Secretary of State John Kerry to temporarily recall the U.S. Ambassador to Uganda in order to strengthen our nation’s engagement on this issue. A temporary recall will send one of the clearest signals possible that the United States will not tolerate such abuses to any person’s human rights. We condemn the work of anti-LGBT Americans who pressed for the passage of this law. While many now distance themselves from passage of this bill, their work in Uganda helped bolster support and create space for enactment of the legislation. They could soon have blood on their hands.


Reposted from Joe Jervis
Posted by oreydc at 8:24 PM No comments: Links to this post

Via Huffington: How to Determine If Your Religious Liberty Is Being Threatened in Just 10 Quick Questions

It seems like this election season "religious liberty" is a hot topic. Rumors of its demise are all around, as are politicians who want to make sure that you know they will never do anything to intrude upon it.

I'm a religious person with a lifelong passion for civil rights, so this is of great interest to me. So much so, that I believe we all need to determine whether our religious liberties are indeed at risk. So, as a public service, I've come up with this little quiz. I call it "How to Determine if Your Religious Liberty Is Being Threatened in Just 10 Quick Questions." Just pick "A" or "B" for each question.

2. My religious liberty is at risk because:
A) I am not allowed to marry the person I love legally, even though my religious community blesses my marriage.
B) Some states refuse to enforce my own particular religious beliefs on marriage on those two guys in line down at the courthouse.

5. My religious liberty is at risk because:
A) Being a member of my faith means that I can be bullied without legal recourse.
B) I am no longer allowed to use my faith to bully gay kids with impunity.

6. My religious liberty is at risk because:
A) I am not allowed to purchase, read or possess religious books or material.
B) Others are allowed to have access books, movies and websites that I do not like.

10. My religious liberty is at risk because:
A) I am not allowed to teach my children the creation stories of our faith at home.
B) Public school science classes are teaching science.

Scoring key:
If you answered "A" to any question, then perhaps your religious liberty is indeed at stake. You and your faith group have every right to now advocate for equal protection under the law. But just remember this one little, constitutional, concept: this means you can fight for your equality -- not your superiority.

If you answered "B" to any question, then not only is your religious liberty not at stake, but there is a strong chance that you are oppressing the religious liberties of others. This is the point where I would invite you to refer back to the tenets of your faith, especially the ones about your neighbors.

In closing, no matter what soundbites you hear this election year, remember this: Religious liberty is never secured by a campaign of religious superiority. The only way to ensure your own religious liberty remains strong is by advocating for the religious liberty of all, including those with whom you may passionately disagree. Because they deserve the same rights as you. Nothing more. Nothing less.

Make the jump here to read the full article
Posted by oreydc at 8:18 PM No comments: Links to this post 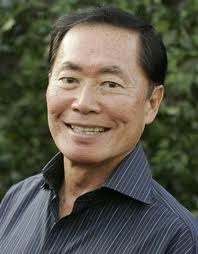 "Dear Arizona, Congratulations. You are now the first state actually to pass a bill permitting businesses – even those open to the public – to refuse to provide service to LGBT people based on an individual’s 'sincerely held religious belief.' This 'turn away the gay' bill enshrines discrimination into the law. Your taxi drivers can refuse to carry us. Your hotels can refuse to house us. And your restaurants can refuse to serve us. [snip]  If your Governor Jan Brewer signs this repugnant bill into law, make no mistake. We will not come. We will not spend. And we will urge everyone we know–from large corporations to small families on vacation–to boycott. Because you don’t deserve our dollars. Not one red cent." - George Takei, writing for his blog.


Reposted from Joe Jervis
Posted by oreydc at 7:43 PM No comments: Links to this post


Statement by the Press Secretary on Uganda: Instead of standing on the side of freedom, justice, and equal rights for its people, today, regrettably, Ugandan President Museveni took Uganda a step backward by signing into law legislation criminalizing homosexuality. As President Obama has said, this law is more than an affront and a danger to the gay community in Uganda, it reflects poorly on the country's commitment to protecting the human rights of its people and will undermine public health, including efforts to fight HIV/AIDS. We will continue to urge the Ugandan government to repeal this abhorrent law and to advocate for the protection of the universal human rights of LGBT persons in Uganda and around the world.

Let's hope we also get a statement directly from President Obama.


Reposted from Joe Jervis
Posted by oreydc at 7:37 PM No comments: Links to this post

Via JMG: John Kerry Reacts To Ugandan Law: We Are Reviewing US Assistance Programs

"This is a tragic day for Uganda and for all who care about the cause of human rights. Ultimately, the only answer is repeal of this law. The United States is deeply disappointed in the enactment of the Anti-Homosexuality Bill in Uganda. For the four years since the bill was introduced, we have been crystal clear that it blatantly violates human rights obligations that Uganda’s Human Rights Commission itself has recognized are enshrined in Uganda’s Constitution. Today’s signing threatens a dangerous slide backward in Uganda’s commitment to protecting the human rights of its people and a serious threat to the LGBT community in Uganda.

"We are also deeply concerned about the law’s potential to set back public health efforts in Uganda, including those to address HIV/AIDS, which must be conducted in a non-discriminatory manner in order to be effective. As President Obama stated, this legislation is not just morally wrong, it complicates a valued relationship. Now that this law has been enacted, we are beginning an internal review of our relationship with the Government of Uganda to ensure that all dimensions of our engagement, including assistance programs, uphold our anti-discrimination policies and principles and reflect our values.

"From Nigeria to Russia and Uganda, we are working globally to promote and protect the human rights of all persons. The United States will continue to stand against any efforts to marginalize, criminalize, and penalize vulnerable persons in any society." - Secretary of State John Kerry, in a press release issued today by the State Department.


Reposted from Joe Jervis
Posted by oreydc at 7:31 PM No comments: Links to this post 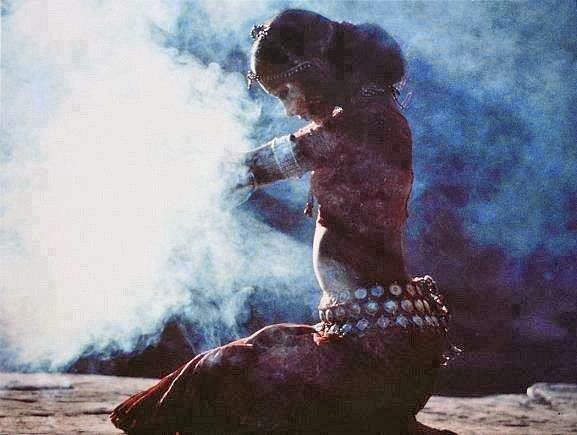 “When you realize that eternity is right here now, that it is within your possibility to experience the eternity of your own truth and being, then you grasp the following: That which you are was never born and will never die. . . .”

Posted by oreydc at 7:03 AM No comments: Links to this post

- Ledi Sayadaw, “Meditation en Masse”
Read the entire article in the Wisdom Collection through February 25, 2014
For full access at any time, become a Tricycle Community Supporting or Sustaining Member

Posted by oreydc at 7:02 AM No comments: Links to this post