Via The Everlasting GOP Stoppers / FB: 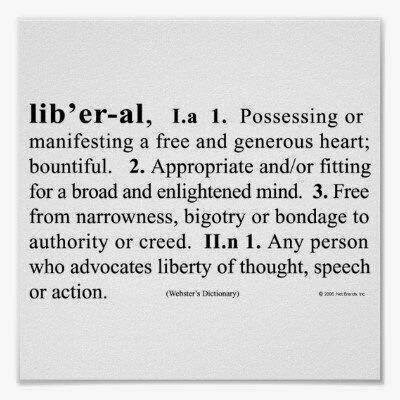 Posted by oreydc at 7:18 PM No comments:

According to a poll of likely 2016 voters commissioned by the Human Rights Campaign, voters view gay people more favorably than they do evangelicals. Via the Huffington Post:


On Thursday the Human Rights Campaign and Americans for Marriage Equality released the results of a study, entitled "Victory In Sight", conducted by Greenberg Quinlan Rosner Research and TargetPoint Consulting that investigated the nuances of voters' views on marriage equality. More than a simple matter of "Should gays and lesbians be allowed to marry?", the poll looked at shifts in opinions over time, reasons for such shifts, and differing opinions among ages, faiths, geographic areas and more.

Posted by oreydc at 6:28 PM No comments: 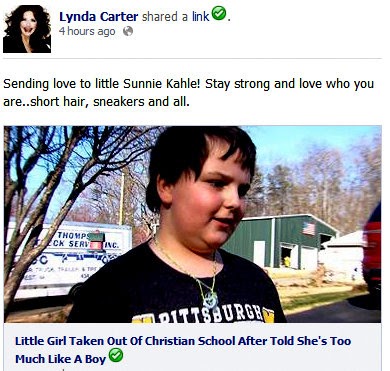 Last night LGBT ally Lynda Carter posted the above message on her Facebook page. Her fans are applauding and one responded, "Lynda Carter just became more of a hero to me for this post. This was me in the late 70's early 80's." (Via theRandy Report)

RELATED:  In 2011 Lynda Carter was the grand marshal of the NYC Pride parade, which took place less than 48 hours after Gov. Cuomo signed the marriage equality bill into law. She told the press that it was a privilege to have participated on such a historic day. Last year Carter was the grand marshal of Washington DC's pride parade.
Labels: bigotry, education, gender identity, Lynda Carter,religion, straight allies, Sunnie Kahle, Virginia

Posted by oreydc at 3:40 PM No comments:

Email ThisBlogThis!Share to TwitterShare to FacebookShare to Pinterest
Posted by oreydc at 8:23 AM No comments: