'I thought the kiss was inappropriate and over the t...

Posted by oreydc at 11:26 PM No comments: Links to this post

Michael Sam At Rams Press Conference | Speaks About The Draft, the Kiss | FULL


Posted by oreydc at 3:29 PM No comments: Links to this post 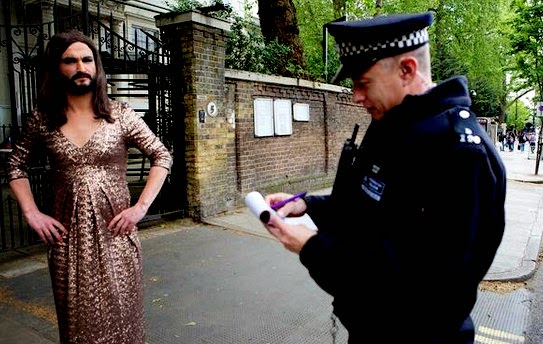 
Reposted from Joe Jervis
Posted by oreydc at 3:26 PM No comments: Links to this post

"Gay people need to be kissing more in public. There simply needs to be more queer smooching to desensitize the world. So with that, I hereby launch the Great Facebook Kiss-In, urging everyone -- whether gay, straight or bi --to change their profile pics to two women kissing or two men kissing. Maybe it's you and your husband or wife, or your partner or sweetheart, or you and a friend. Maybe it's your dad and your dad, or your mom and your mom. Maybe it's two other people you just like a lot or you think are hot. Just change your profile pic to a kissing same-sex couple, and urge others to do the same. And for that matter let's do it on Twitter, too. One day in the future we will look back on all this ridiculousness and laugh. But that's only going to happen if we do exactly this kind of thing a lot. So change those profile photos now." - Michelangelo Signorile, writing for the Huffington Post.  Here's the Twitter hashtag link.


Reposted from Joe Jervis
Posted by oreydc at 3:13 PM No comments: Links to this post 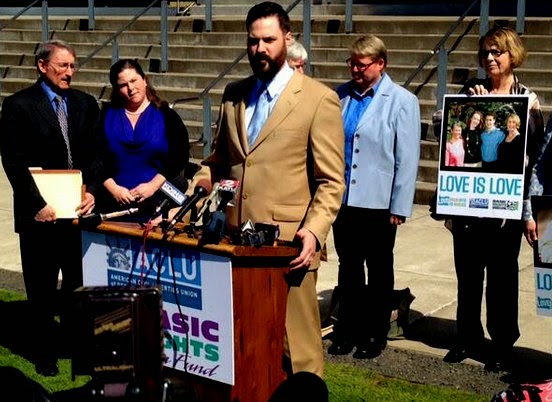 
Reposted from Joe Jervis
Posted by oreydc at 3:07 PM No comments: Links to this post

Via Lizzy the Lezzy / FB: 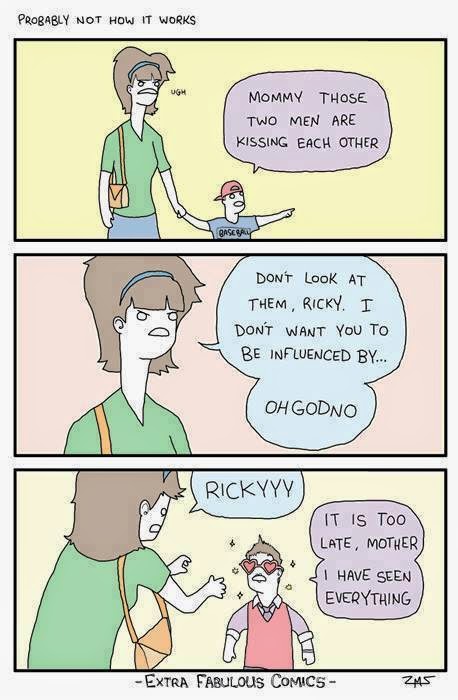 Posted by oreydc at 2:22 PM No comments: Links to this post

Via Bilerico: Capehart: Tolerance is Not a Two-Way Street

On Monday night's episode of The Last Word With Lawrence O'Donnell, Washington Post opinion writer Jonathan Capehart emphatically pushed back against the absurd notion that gays and lesbians should be expected to "tolerate" homophobic bigotry.

The person making this claim was New York Times sports columnist William Rhoden, who called Michael Sam's famous on-air kiss a "stunning moment" but then bizarrely expressed a slight discomfort about having seen it in the first place. And then came this desperate attempt at a false equivalency:

I think that to deal with things openly there has to be an open back-and-forth dialogue. Tolerance can't just work one way. You can't just be one way, that anybody who speaks out... this cannot turn into a Gestapo-type situation where if you express discomfort with something, then you're cast as a homophobe and you're fined by the league. I think that there has to be a back-and-forth.

I'll pause briefly to note that, predictably, Rhoden makes no such demand for "tolerance" of other forms of bigotry; as an example, he's been all over cable news (rightfully) condemning Donald Sterling's repugnant racism. Double standard much?
Capehart, to his credit, wasn't having any of it:

Rhoden resisted Capehart's characterization and doubled down on his homophobia apologism. "This [on-air same-sex kisses] is new," Rhoden said. "It's not like this happens every day."
And then came the smackdown. Capehart:

Hatred's not new, bigotry is not new, ignorance isn't new. And so when someone denigrates somebody else for who they are... I understand you're saying that it has to be a two-way conversation. But tolerance, no, is not -- it should not be a two-way street. It's a one-way street.
You cannot say to someone that who you are is wrong, an abomination, is horrible, you know, get a room, and all of those other things that people said about Michael Sam, and not be... made to understand that what you're saying and what you're doing is wrong.

Amen, Jonathan. As I myself have said over and over and over again, calls for people to "tolerate" intolerance are actually demands that we accommodate and legitimize bigotry -- and that's something that we cannot and must not do. Ever.
Watch Capehart demolish the false "intolerance-must-be-tolerated" equivalency, after the jump.
Read more at http://www.bilerico.com/2014/05/capehart_tolerance_is_not_a_two-way_street.php#wZzrZt7l3iIReK95.99
Posted by oreydc at 12:32 PM No comments: Links to this post

Lacking Nothing | May 14, 2014
You lack nothing of the wisdom and perfection of the Buddha, right at this moment. Hearing, breathing, you don’t differ even one drop from hearing, breathing Buddha. Not even a hair’s breadth. And yet we can be far away.
—Elihu Genmyo Smith, "No Need to Do Zazen, Therefore Must Do Zazen."

Posted by oreydc at 9:16 AM No comments: Links to this post