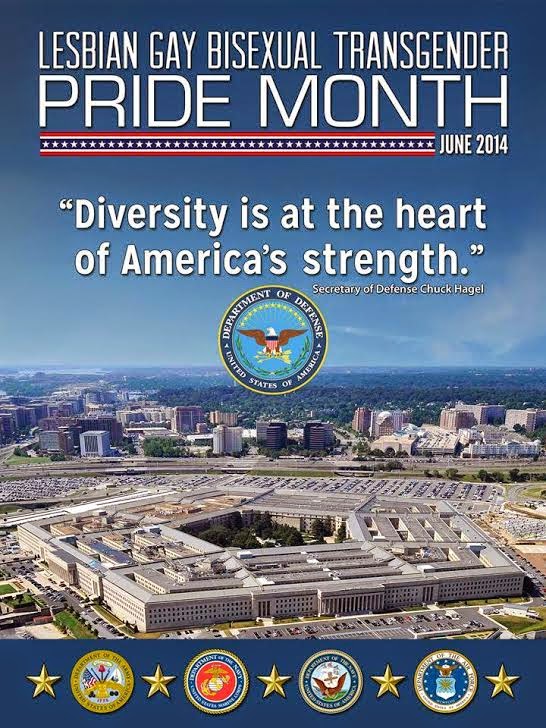 The Department of Defense issued similar flyers in 2012 and 2013 and all three include the word "transgender" despite the continuing ban on transgender service.


Reposted from Joe Jervis
Posted by oreydc at 7:38 PM No comments:

Via Bilerico: Dallas 'Family Values' Host May Be Daughter of Evangelist Huckster

Remember Amy Kushnir, the male stripper-loving Dallas morning show host who stormed off the set last week after a pearl-clutching tirade about how Michael Sam's gay kiss was being "pushed in [the] faces" of children?

Well, as it turns out, that hypocritical high horse appears to be one that Ms. Kushnir's been riding on for a long time: new information suggests that she's the daughter of infamous  televangelist huckster "Rev." Robert Tilton.

The "Christian Nightmares" Tumblr page was the first to point out the connection, linking to a 2011 blog post that refers to her as "Amy Tilton Kushnir."

Gay blogger Joe Jervis noted the conspicuous absence of Kushnir's parents in both of her official biographies, so he decided to dig deeper. Jervis writes:

Rev. Robert Tilton's first wife, to whom he was married during the ABC-spawned scandal, is named Martha and goes by the unusually spelled nickname Marte. Two weeks ago Kushnir posted a Facebook photo of her mother's birthday party and in the comments a friend of Kushnir's writes, "Happy birthday, Marte!"...
Fourteen years ago Charisma Magazine interviewed Marte Tilton and noted that she had four children with Robert Tilton, including a daughter named Amy, then aged 30. According to the Explore Talent site, Dallas television host Amy Kushnir is 44 today. In a 2001 interview with the Dallas Morning News, Marte asked that paper not say where her children live, adding that they have "suffered a lot because of their last name." Marte and Rev. Tilton divorced in 1993, when the television host Amy Kushnir would have been 23.

Read more at:  http://www.bilerico.com/2014/05/dallas_family_values_host_may_be_related_to_evange.php#uI4S9dUdVHhIlOCb.99
Posted by oreydc at 6:55 PM No comments: 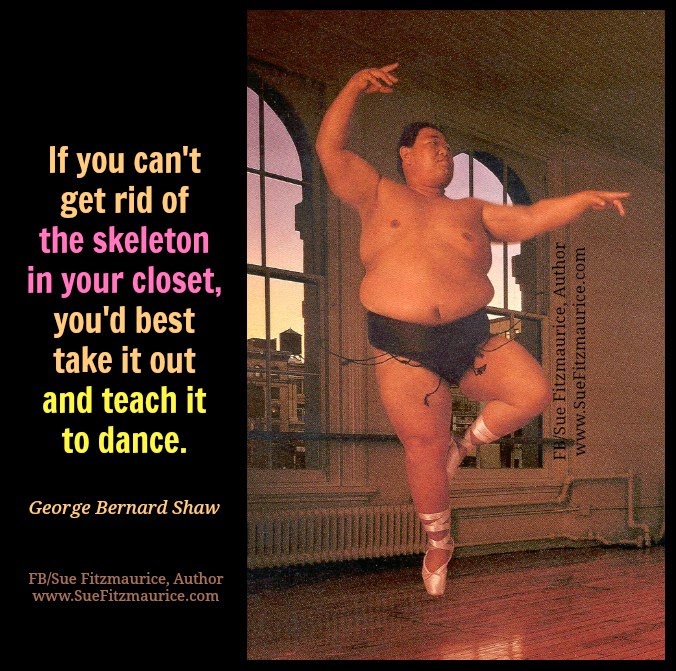 Posted by oreydc at 6:52 PM No comments:

Among the anti-gay bigots' mistakes is believing they invented marriage in the first place. They didn't. It's much older and much more diverse than Christianity tells us. All over the world, for as long as we can look back, same sex couples have been pairing off in various ways, and the one thing they all have in common is that they've never destroyed society.

Gay marriage isn't uncommon, and it hasn't destroyed society.
One of the lies peddled by the Christian bigots is that if gay marriage is allowed, it will destroy society. People will be marrying lambs and sloths, and carp
EXAMINER.COM
Posted by oreydc at 4:35 PM No comments:

Posted by oreydc at 3:41 PM No comments:

May 16, 2014By George Takei
Much has been said about the moment when Michael Sam kissed his boyfriend on national television, as they joyfully and spontaneously celebrated the news of Sam’s drafting by the Rams. They embraced and kissed just like many other happy heterosexual couples do when one of them receives life-changing, great news.
Sadly, many commentators acted with revulsion. Newscasters in Dallas walked off the set in disgust. Conservatives blasted the networks for even airing that moment. And let’s face it, many people cringed in their living rooms. Even some gay people, unused to seeing such affection displayed, worried, perhaps rightfully so, about the backlash.
This much is clear: The world simply is going to have to get used to seeing two men kissing. (The sight of two women kissing unsurprisingly seems to raise fewer hackles among heterosexual men.) The sanitized version of happy gay life shown on popular shows like Modern Family rarely venture into the passionate gay kiss. But it’s naive to believe happy gay couples don’t kiss each other regularly, just like happy straight couples do. To say you stand for equal rights but that you don’t want to ever see or hear about moments of our intimacy is to deny us again a fundamental aspect of our humanity–the expression of that very love. And guess what? Same-sex marriage ceremonies end in a kiss, so if you’re for marriage equality in principle, you’d best be prepared for some homosexual ritual smooching in practice.
If you’re someone who finds yourself repulsed by the idea or the image of two men kissing, ask yourself why that is. Ask how someone else’s love, and how they publicly express it, actually affects your life and the enjoyment of your freedoms and liberty. The visceral negative reaction many experience comes down to what I call the “ick” factor–seeing or thinking about something to which we are unaccustomed, and reacting with an “ick.”  There are in fact lots of things in life that make people go “ick.” Broccoli, for example, is simply abhorrent to some. But “ick” is never a sound basis for public policy or law. Your own discomfort is just your own issue, and you can’t and shouldn’t make it other people’s problems.
It wasn’t long ago that the kiss would have been highly controversial if Sam’s boyfriend instead were a white woman. Indeed, the first black/white kiss on network television was on Star Trek between Kirk and Uhura, and it caused quite an uproar. The ick factor then was much higher. Back when I was young, it was illegal for me to marry a white woman, and now I’m married to a white dude. Times change, and so do attitudes. Perhaps the most interesting thing about the Sam / boyfriend kiss is that no one complained about it being an interracial one.
I’m fairly sure next time an NFL player kisses his boyfriend on camera, it’s not going to get so many people’s panties in a bunch. Then we can finally start talking about how well they play football, and not whether they happen to be gay. But so long as people think a simple kiss is going to end the world as we know it, we sadly do have to keep talking about it, until we finally kick the “ick” out of our public discourse.
– George Takei

Make the jump here to read the full article
Posted by oreydc at 12:29 AM No comments: