International Law and the Uncertainty of Rights for LGBT People

For lesbian, gay, bisexual and transgender (LGBT) people the law is a paradox. The law can operate as an instrument of repression and control, but also as a tool for resistance and liberation. We find fragments of our collective histories in court records. Here we find a sorry history of people in countries across the world convicted of loitering, sodomy, cross-dressing or so-called "crimes against nature."

For a vulnerable minority, and an unpopular one, domestic and international law has proven to be an indispensable tool, sometimes the only tool, for LGBT people to claim a space in the world. Two decades ago in a 1994 case, the UN Human Rights Committee in Toonen v. Australia asserted the right to privacy for same-sex consenting adults under international law. In 1998, South African courts repealed the Immorality Act and five years later, in 2003, Lawrence v. Texas saw the remaining sodomy laws in the US declared unconstitutional.

Yet some 76 countries around the world maintain discriminatory LGBT laws. Britain exported its sodomy laws to the empire, where many remain in force. These laws not only hold the threat of arrest and prosecution, but have other profound implications for LGBT people as well. Even in the many countries where sodomy laws are seldom enforced, such as India and Uganda, they still symbolize national discrimination against LGBT people.

Human Rights Watch has reported these laws are routinely used for blackmail and extortion, in settings as diverse as Kyrgyzstan, Jamaica and Uganda. Such laws contribute to a climate of prejudice and hostility in which violence occurs with impunity. The passage of the anti-propaganda laws in Russia led to a peak in violence against LGBT people. In Nigeria, the immediate effect following the enactment of draconian legislation was mob violence against gay men. The law in these places means that LGBT people must live a shadow existence under the threat of violence.

What seldom gets talked about is the psychological impact on individuals. The archaic language of these laws; "the abominable crime of buggery" as the Jamaican law reads, the more delicate language of "the love that dare not speak its name" or vague reference to "carnal knowledge against the order of nature," casts a shadow over desire and the most personal expression of human intimacy. Read through the judgment of the Indian Supreme Court ruling that upheld the sodomy law: the language of family and kinship is reserved for heterosexual marriage, while for homosexuals the language is one of body parts engaged in sexual acts.

A Nigerian activist in Abuja recently told me a story about how, when she visited London, someone had asked her about the situation back home. She said she instinctively withdrew to a corner and spoke in hushed tones, before thinking, "What am I doing?" She had already internalized a fear of being noticed. What cumulative effect does this have on self-esteem and self-worth?

Sodomy laws have historically been used for political purposes. In France in 1307, King Philip IV brought sodomy accusations against the Order of the Knights Templar and dissolved it. The reason - he was heavily indebted to the Knights at the time. In England, King Henry VIII promulgated the Buggery Act in 1533 then promptly accused Roman Catholic monks of sodomy and used that as an excuse to confiscate their monastic lands. He also disposed of his opponent Lord Hungerford by executing him for sodomy in 1540.

Such tactics are still in use. The progress, passage and fate of the Ugandan Anti-Homosexuality Act has as much to do with political intrigue within the ruling party and President Yoweri Museveni's fluctuating popularity as it has to do with homosexuality. Vladimir Putin wears a mantle of traditional and family values as political armor that works for him domestically, and also internationally as he takes the stage on an anti-Western ticket. In Malaysia, the political opposition is kept in check by recurrent accusations of sodomy against opposition leader Anwar Ibrahim. And in Zimbabwe we can tell an election is coming just by monitoring the level of homophobic rhetoric emanating from the ruling party.

Anti-gay laws are seldom just about homosexuality. Homophobia is both a reality and a ruse. Increasingly it is being used as an instrument of political repression. Laws that ban "propaganda," "promotion," or support of LGBT groups are so vague and sweeping that they threaten fundamental freedoms of association and expression. And it is not only LGBT groups that are at risk. The recent wave of anti-LGBT legislation that seeks to outlaw not only sexual practice but also public expression of identity is almost invariably accompanied by broader attacks on activism, on political opposition and on the ability of local organizations to receive foreign funding.

This is playing itself out at a national level, but it is also evident internationally. At the UN, Russia is leading an aggressive charge against the rights of LGBT people under the rubric of "traditional values." Speaking on the crisis in Ukraine at the UN Human Rights Council in March, Foreign Minister Sergey Lavrov caricatured recent advances in basic human rights for marginalized people as resulting from "[s]upporters of ultraliberal approaches, supporting all-permissiveness and hedonism, requesting a revision of moral values."

Similarly with a push for more limited language on "the family" and an emphasis on the rights of the family as an entity, rather than the individuals who make up the family, the Russian government and its allies are pushing for a concept of human rights that protects the group over the individual. This rhetoric and practice creates a false dichotomy and pits "tradition" against human rights. LGBT rights are the wedge issue, but at stake are the basic principles of international human rights law: that human rights are universal, inalienable and indivisible.

So we should not fool ourselves into thinking that this is only about the rights claims of a vulnerable minority. The well-known adage that the way a society treats its minorities is a good measure of its democracy rings particularly true. What seems distinct about this particular time in our history is the way in which the rights of LGBT people have become a lightning rod for competing visions of the world.

This article was adapted from a speech at a Wilton Park conference.


Make the jump here to read the originial at HRC.org
Posted by oreydc at 8:36 PM No comments: Links to this post 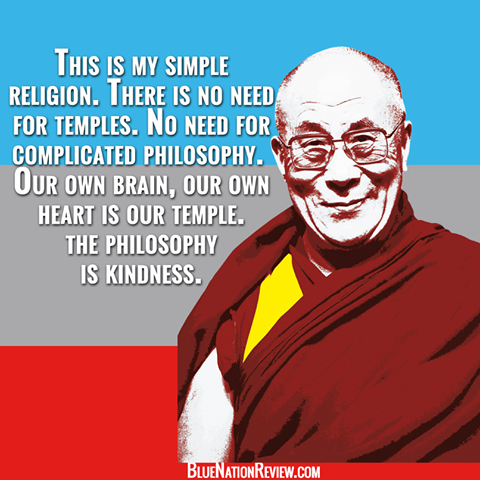 Posted by oreydc at 5:14 PM No comments: Links to this post

Brilliantly said TW "There we have it BP's personal opinion with unconnected quotes from the writings some out of context in quasi support. We'll done. If this version of the faith is true then it is one of the reasons that mankind will not accept it. It's old fashioned, dogmatic and riddled with injustice."

As long as the UHJ follows God's guidance it agrees with B!

BP... I don't expect for a minute for the UHJ to make policy based on popularity, I expect them to be concerned with what fits the Bahai principles and teachings. The UHJ have not ruled on same-sex marriage. Perhaps they will, perhaps they will not. It is a new phenomena but that does not mean that they need to make a ruling. Instead they might allow NSA's to decide what is wisest.

We see above the NSA's letter to Sean asking him to reconsider his marriage. They do not state that he has to leave nor that he has lost his voting rights. This is a step in the right direction. In 2009 Daniel Clark Orey lost his voting rights without consultation nor warning and the only way he could regain them was to divorce his husband. The US Bahai community lost a flower in the garden of humanity because of this action.

The UHJ states that marriage is only between a man and woman but they do not express that as a policy because they think this is expressed in the Bahai writings somewhere. The policy they do make in the 2010 letter on same-sex marriage is that when this is a political matter that Bahai communities are not to take sides. What I am talking now is when same-sex marriage is a law of the land. Both Sean and Daniel's marriage are legal marriages.

The 2010 letter does not associate being homosexual as something bad. I am surprised that you keep confusing Shoghi Effendi's name and authority as official interpreter with the lesser authority of letters written on his behalf which is the only place where homosexuality is mentioned although your comment "The interpreter clarified the matter, and the interpretations and applications of this law never mention child molestation" actually refers to Abdul-Baha not Shoghi Effendi.

I end with something Shoghi Effendi did write:

"It should also be borne in mind that the machinery of the Cause has been so fashioned, that whatever is deemed necessary to incorporate 23 into it in order to keep it in the forefront of all progressive movements, can, according to the provisions made by Bahá’u’lláh, be safely embodied therein. To this testify the words of Bahá’u’lláh, as recorded in the Eighth Leaf of the exalted Paradise: “It is incumbent upon the Trustees of the House of Justice to take counsel together regarding those things which have not outwardly been revealed in the Book, and to enforce that which is agreeable to them. God will verily inspire them with whatsoever He willeth, and He, verily, is the Provider, the Omniscient.” Not only has the House of Justice been invested by Bahá’u’lláh with the authority to legislate whatsoever has not been explicitly and outwardly recorded in His holy Writ, upon it has also been conferred by the Will and Testament of ‘Abdu’l-Bahá the right and power to abrogate, according to the changes and requirements of the time, whatever has been already enacted and enforced by a preceding House of Justice. In this connection, He revealed the following in His Will: “And inasmuch as the House of Justice hath power to enact laws that are not expressly recorded in the Book and bear upon daily transactions, so also it hath power to repeal the same. Thus for example, the House of Justice enacteth today a certain law and enforceth it, and a hundred years hence, circumstances having profoundly changed and the conditions having altered, another House of Justice will then have power, according to the exigencies of the time, to alter that law. This it can do because that law formeth no part of the divine explicit text. The House of Justice is both the initiator and the abrogator of its own laws.”
Posted by oreydc at 11:21 AM No comments: Links to this post

“The process of awakening consciousness brings profound changes throughout one’s entire system. Purification doesn’t only affect subtle bodies; all our inner bodies are connected with each other. So when the mental and emotional bodies are purified, this reflects on the energetic body, which then affects the physical body. Certain mental and emotional blockages manifest in the body, so it’s natural to feel strange sensations in one’s physical body. Some of these symptoms have been studied and labeled by science, while others have not.”


Sri Prem Baba
Listen to the audio >
Posted by oreydc at 9:56 AM No comments: Links to this post

The So-Called Real World | September 12, 2014
The so-called real world is a perpetual cycle of suffering and discontent called samsara, in which base emotions such as hatred, envy, grasping, and ignorance reign. In our own time the materialistic outlook is completely dominant and almost impossible to resist. Only by removing our blindfolds and confronting these forces of negativity can they be overcome.
- Judith L. Lief, "Welcome to the Real World"

Posted by oreydc at 9:55 AM No comments: Links to this post