“The spiritual master is like an oasis in the desert. In this oasis, there is water, food, and a tree providing refreshing shade for you to rest in after wandering for so long in the desert thinking that you would die of thirst and hunger. Only when you find this oasis can you recognize its value. The master teacher is also like a shooting star that passes by very quickly – once you notice it, it’s gone. Few people have the opportunity to see this star shine.”

Sri Prem Baba
Posted by oreydc at 6:09 PM No comments: Links to this post


Five years ago, I was proud to sign the Matthew Shepard and James Byrd Jr. Hate Crime Prevention Act into law – a law that strengthened the protections against crimes based on the color of our skin, the love in our hearts, the faith we practice, or the place of our birth.

This law gave the Justice Department new tools for prosecuting criminals. It directed new resources to law enforcement agencies, so they could better serve their communities. And it did what we want all our laws to do: it reflected and strengthened our core national values. By recognizing violent bigotry as an especially dangerous crime – one that not only harms individuals, but threatens the social fabric that binds our country together – the Shepard Byrd Hate Crimes Act has made it possible for more Americans to live freely, openly and safely, and has reinforced our nation’s sacred commitment to equality for all.

Since this law was passed, the FBI and Department of Justice have vigorously investigated and prosecuted dozens of hate crime cases nationwide, including attacks on minorities, gays and lesbians, and people with disabilities. The number of individuals charged with hate crimes has increased significantly over the past five years. And state and local law enforcement officers and other community members have received training in how to recognize and address hate crimes. The law is working.

Our job isn’t done. We must continue to stand together against intolerance and hate wherever they occur, and respond decisively when they lead to violence. Ours is a country built on the notion that all people are created equal. It’s up to us to make that ideal real, in our words and deeds as well as in our laws – to ensure that, in America, everyone is treated with the respect and dignity they deserve, no matter who they are or who they love.


Reposted from Joe Jervis
Posted by oreydc at 5:37 PM No comments: Links to this post

Via JMG: Advocate Names Putin Person Of The Year 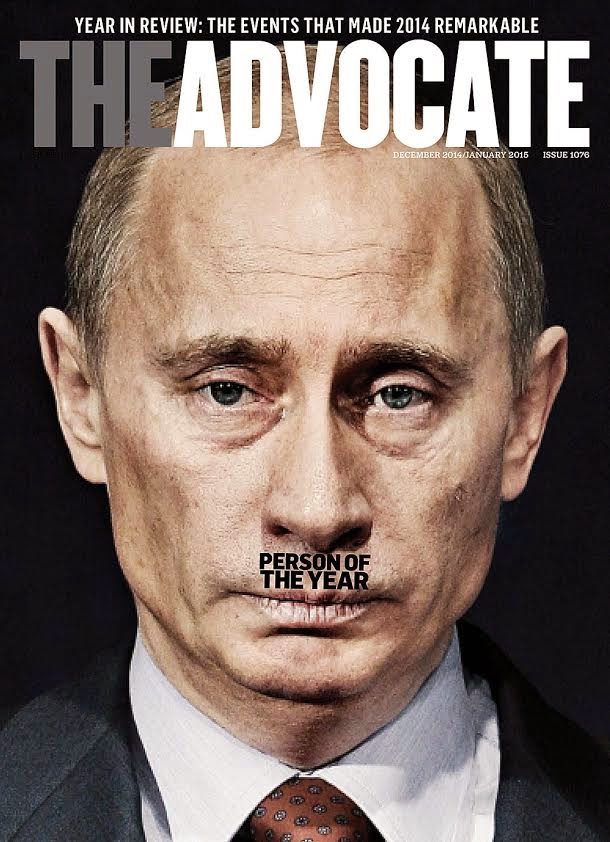 From their cover story:


As the Olympic Winter Games headed to Sochi in 2014, so did a spotlight on the violations against the Russian LGBT community. Those violations are coming directly from the top of the Russian government, with President Vladimir Putin leading the charge. His crusade against LGBT Russians and the outrage and protests his actions sparked have earned him the title of The Advocate’s 2014 “Person of the Year.”

Since winning his third term in 2012, Putin has become ever more autocratic, and his antigay ideology ever more extreme. In June 2013, he signed the infamous antigay propaganda bill that criminalizes the “distribution of information…aimed at the formation among minor of nontraditional sexual attitudes,” with nontraditional meaning anything other than heterosexual. Individual violators are fined anywhere between $120 and $150, while NGOs and corporations can incur fines as high as $30,000.

International outrage flared in the months before the Sochi Olympics, in response to which Putin reassured the gay and lesbian community they had nothing to fear as long as they left Russia’s children in peace. Such incendiary rhetoric is a staple of Putin’s political playbook. And in Russia, where the majority of media are state-owned, there’s little public pushback.

Putin continually preaches Russian nationalism and purity, telling reporters in January that anything that gets in the way of Russia’s population growth should be “cleaned up.” The message is clear: Putin’s Russia, in grand Soviet tradition, is a country of the masses, not the individual. Yet it’s the masses that must safeguard individual liberties.


Reposted from Joe Jervis
Posted by oreydc at 5:18 PM No comments: Links to this post

Via JMG: Missouri Changes Its Stripes 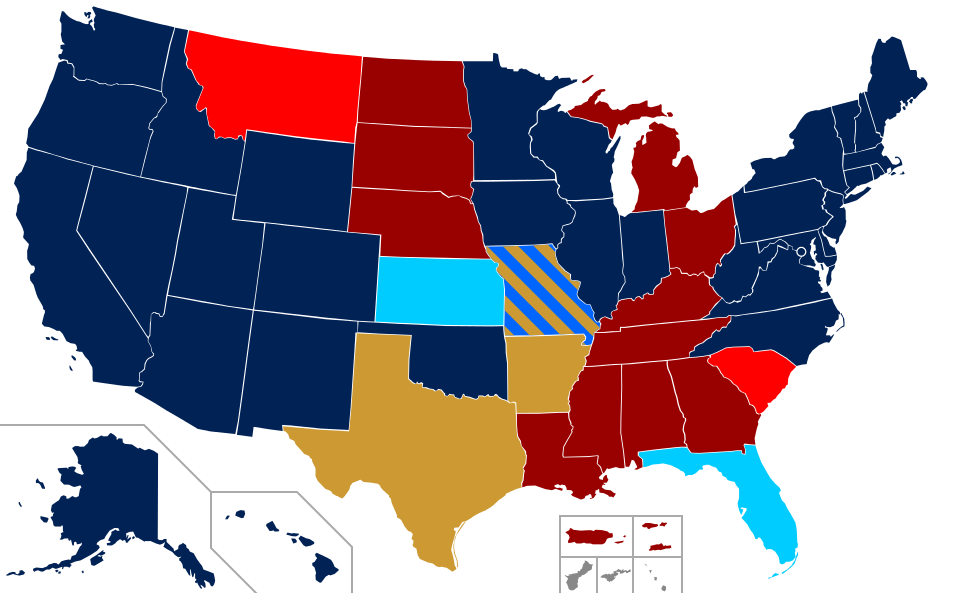 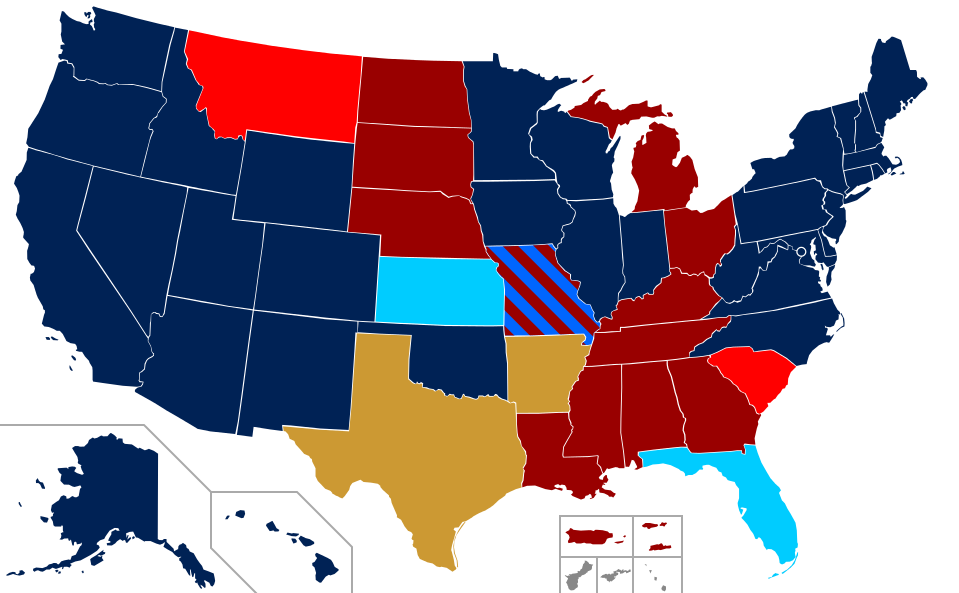 
Reposted from Joe Jervis
Posted by oreydc at 5:12 PM No comments: Links to this post