Sen. Jeff Merkley (D-OR) today announced that in the next session he will introduce a sweeping federal LGBT rights bill that will cover employment, housing, credit, and public accommodations. Justin Snow reports at MetroWeekly:


Merkley said that while the Senate’s passage of the Employment Non-Discrimination Act in November of last year by a 64-32 vote after the bill failed by one vote in 1996 was a “tremendous victory,” if discrimination is wrong in employment, it also must be wrong in areas such as housing, public accommodations and financial transactions. “Such an act would be a major advance for opportunity and equality for the LGBT community and would be a major stride toward a more just society,” said Merkley, who has been the lead sponsor of ENDA in the Senate since assuming that role from Sen. Ted Kennedy in 2009. Merkley made the announcement during the unveiling of a new report by the Center for American Progress addressing the need for comprehensive LGBT nondiscrimination protections.


Reposted from Joe Jervis
Posted by oreydc at 7:35 PM No comments: 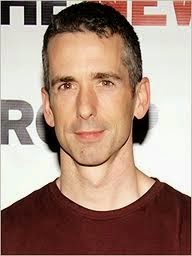 "Look at Marcus Bachmann, Michele Bachmann’s husband. Anybody who has gaydar—anybody who has eyes—looks at him and sees a tormented closet case who has externalized his internal conflict and is abusing other people, doing his reparative-therapy bullshit. It’s so sad and pathetic. A lot of the self-destructive behaviors gay people are prone to drifting into are directed inward, and then you have these shitbags like Marcus Bachmann for whom it’s all directed outward. Marcus Bachmann is the photo negative of the guy on the last bar stool in the gay bar, drinking and smoking himself to death, except instead of destroying himself, he’s destroying other vulnerable queer people in an effort to destroy the queer inside himself." - Dan Savage, speaking to Playboy. Hit the link and read the full piece - I could have pulled at least a dozen other quotes for this post.


Reposted from Joe Jervis
Posted by oreydc at 7:29 PM No comments:

Via PnkNews: After half a century of waiting – this gay couple were finally allowed to tie the knot

While many same-sex couples celebrated as they converted their civil partnerships to marriage starting yesterday, one couple had waited longer than most.

Percy Steven, 75, and Roger Lockyer, 87, became one of the first couples in the UK to convert their civil partnership to a marriage yesterday at Westminster Council.

But having been together for 49 years, it was long overdue.

When they first got together, gay sex was still illegal, and when civil partnerships were introduced in 2005, they were one of the first to enter one.

Lockyer told the Guardian that being able to refer to themselves as married, finally, was “really rather lovely”.

On signing the marriage certificate at Westminster Council, he said: “I feel different already.”

Posted by oreydc at 3:17 PM No comments:

Posted by oreydc at 3:09 PM No comments:


Of all gay marriages last year, 52 percent were between women and 48 percent between men, according to figures of the civil registry published by the Brazilian Geography and Statistics Institute, or IBGE.

Same-sex marriages were pronounced legal in Brazil in a May 2013 decision of the National Judiciary Council (CNJ), though gay activists demand that their rights be confirmed in a law.

Previously, a same-sex couple could only register as a "stable union," which in terms of its rights were judged equivalent to marriage in a May 2011 decision of the Supreme Court, which acted in lieu of any existing legislation on the matter.

In those two years, up to the granting of the right to gay marriage, 1,277 stable unions of same-sex couples were registered, according to official figures.

The IBGE also said that the total number of same-sex marriages increased by 1.1 percent in the country in 2013 over the previous year to number 1.1 million, while 324,921 divorces were granted, a drop of 4.9 percent.

Make the jump here to read the full / original article
Posted by oreydc at 11:42 AM No comments:

"The word religion comes from the Latin word religare (reuniting or union), which is synonymous with yoga: it is the union of the individual soul with the Absolute. This is what I call ‘vertical religion.’ Even though religions have lost their ‘vertical’ traits, they still contain some of their pearls, which are expressions of the eternal truth. One example is the prayer of St. Francis: ‘Lord, make me an instrument of Thy peace. Where there is hatred, let me sow love… O divine Master, grant that I may not so much seek to be consoled as to console… To be loved as to love; for it is in giving that we receive…’ This is one of the pearls of Christianity."

Sri Prem Baba
Posted by oreydc at 8:48 AM No comments:

Posted by oreydc at 8:44 AM No comments: