Via the Washington Blade:


A bill that would allow same-sex couples to enter into civil unions in Chile on Wednesday received final approval in the South American country’s Congress. The Chilean Senate approved the measure by a 25-6 vote margin with three abstentions. The bill passed in the country’s House of Representatives by a 78-9 vote margin. “A historic step against discrimination and for the advancement of human rights has taken place today with the passage of the civil unions bill,” said the Movement for Homosexual Integration and Liberation, a Chilean LGBT advocacy group, in a statement. President Michelle Bachelet has said she will sign the bill — under which unmarried heterosexual couples would also receive legal recognition — into law. Bachelet’s spokesperson, Álvaro Elizalde, on his Twitter page described Tuesday as a “historic day” in Chile.


Reposted from Joe Jervis
Posted by oreydc at 5:50 PM No comments: Links to this post 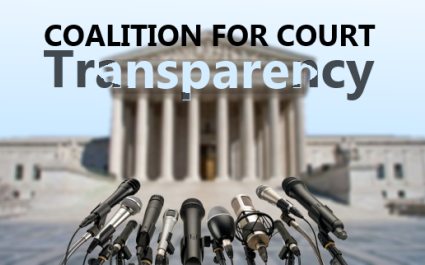 A coalition of journalism organizations and NGOs today urged the Supreme Court to allow cameras in the courtroom during the coming landmark same-sex marriage case.


In a letter to U.S. Chief Justice John Roberts, the Coalition for Court Transparency today requested “that audio-visual coverage of oral arguments in the same-sex marriage cases be broadcast live, enabling the world to witness history as it happens.” “We hope that the Court takes this historic moment as an opportunity to move into a new era of openness by permitting live audio-visual coverage of the arguments in the same-sex marriage cases,” said Mickey H. Osterreicher, general counsel for the National Press Photographers Association.

In addition to the historical nature of the cases, the Coalition highlighted how this act of transparency could burnish the Court’s reputation. “In our modern era, an institution’s legitimacy is often driven by the public’s perception of its openness and transparency,” the letter said. “When decisions are made in cases that provoke strong emotions, transparency allows the public to be assured that the process was fair and that the institution is functioning properly. Simply put: televising the oral arguments will ultimately strengthen the public’s perception of the Court by imbuing its result with greater legitimacy.”

“Recent polling shows three-quarters of Americans support televising Supreme Court proceedings,” said Alex Armstrong, spokesperson for the Coalition. “Oral arguments in the upcoming marriage cases will be historic, and the whole nation will be eager to follow along. There’s no better time to turn on the cameras.”


Reposted from Joe Jervis
Posted by oreydc at 5:49 PM No comments: Links to this post

“Money is a power that needs to be treated appropriately. If we know how to use it, then money can help us pass through this earthly existence with more ease. However, if we don’t know how to deal with it, then money can destroy us. Due to the images, beliefs and conditionings that we carry, we give money an emotional value. In this way, we turn money into something that is very different from what it truly is: a tool that allows for exchange. Money is an instrument that should be at the service of our hearts so that we can make this journey with more comfort and tranquility.”

Posted by oreydc at 1:20 PM No comments: Links to this post

Posted by oreydc at 6:09 AM No comments: Links to this post