Posted by oreydc at 8:20 PM No comments: Links to this post

Jacksonville resident Chuck Chapman, 63, appeared  for jury duty this week but told the judge that he will refuse to serve as long as Duval County officials refuse to conduct same-sex marriage ceremonies at the courthouse.


After a federal court ruled Florida’s same-sex marriage ban unconstitutional, Duval County Clerk of Court Ronnie Fussell said his office would comply with the law and issue marriage licenses. But he said his staff felt uncomfortable performing weddings for same-sex couples, so the clerk’s office wouldn’t host ceremonies for either straight or gay couples. “If they feel uncomfortable performing the weddings in the courthouse, then as an openly gay man I feel uncomfortable being here [at the courthouse],” Chapman said Tuesday. Chapman is 63, and he’s lived in the city since he was 2. He graduated from Andrew Jackson High School, then the University of North Florida. He’s owned a hair salon for 22 years on the Southside. “It’s my town, and I happen to be a gay man,” he said. “Don’t make it any more difficult than it has been. It’s my town, too."

Chapman said that he was willing to be held in contempt, but the judge dismissed him from the jury pool without giving a reason.

JMG VIRGINIA: Gay Man Fires Back At Ex-Gay Crackpots With Billboard Of His Own 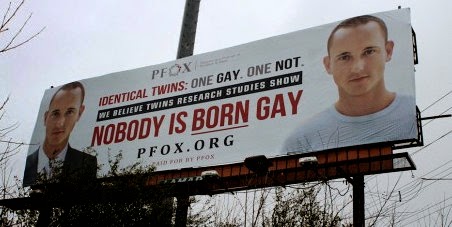 Remember the PFOX billboard in Virginia? Remember their humiliation when it turned out that the model on their billboard, Kyle Roux, not only isn't a twin but is proudly gay? It gets even better:


Roux thinks that PFOX, which has since taken down the billboard, purchased the photos of him from a stock photography site. Legally, he said, there’s not much he can do. But this week, he’s striking back in his own way. On Wednesday, Planting Peace, a nonprofit organization based in Topeka, Kansas, erected a new billboard down the road from where the PFOX billboard once stood. The new sign, designed in the same color and style as the PFOX billboard and featuring new photographs of Roux, reads: “Dear PFOX: Identical twins? I’m not. I’m gay. Regardless of what you believe I was born gay. And I’m proud of who I am.” Aaron Jackson, the president of Planting Peace, reached out to Roux after media reports surfaced that he was openly gay. Jackson was concerned about young gays and lesbians who might see the billboard.


Reposted from Joe Jervis
Posted by oreydc at 7:27 PM No comments: Links to this post

The People's Brief with Robbie Kaplan and Edie Windsor


Posted by oreydc at 7:01 PM No comments: Links to this post

Via the Austin Statesman:


Two Austin women were legally married Thursday morning after a Travis County judge ordered the county clerk to issue a marriage license. Sarah Goodfriend and Suzanne Bryant, together almost 31 years, said their vows before Rabbi Kerry Baker while standing in front of the Travis County Clerk’s Office sign on Airport Boulevard. The couple was denied a license in the same office building eight years ago. On Wednesday morning, state District Judge David Wahlberg, petitioned by a lawyer for Goodfriend and Bryant, ordered Travis County Clerk Dana DeBeauvoir to grant the couple a marriage license. The ceremony was a mix of personal – with friends and their teenage daughters, Dawn and Ting, standing nearby – and public statement, with photos of their vows in front of the county sign.


With careful consultation by County Attorney David Escamilla the legal grounds for DeBeauvoir to issue the first of its kind marriage license was set. The ceremony was conducted just outside Travis County’s main office on Airport Blvd. just after 9 a.m. It was crucial that a plan be worked out in such a way that the marriage could be validated before anyone in opposition could react or be tipped off. There is no legal way for the state to invalidate a marriage other than with the consent of individuals or by death, so this will further put the burden on the state to find a compelling interest for denying marriage, not to mention the horrible optics that come with trying to void a consensual marriage.

It appears that the judge's order may only apply to this one couple.

UPDATE: Yup, just this one couple.


This is a historic day for fairness and equality in Texas. The family that Suzanne and Sarah have built together over more than three decades of commitment to each other mirrors the love between so many same-sex couples in Texas, all of whom deserve the freedom to marry. The 5th Circuit should quickly affirm Texas’ lower court ruling and ensure the freedom to marry across the Lone Star State.


Reposted from Joe Jervis
Posted by oreydc at 6:59 PM No comments: Links to this post

Via JMG: CNN POLL: 63% Say Same-Sex Couples Have The Constitutional Right To Marry


Reposted from Joe Jervis
Posted by oreydc at 6:41 PM No comments: Links to this post

Via Huffington Post: Unearthed Letter From Freud Reveals His Thoughts On Gay People

In 1935, Sigmund Freud penned a response to a mother who had asked him for help with her gay son. Despite the broader perceptions of homosexuality at the time, Freud took a different approach, telling the woman it's "nothing to be ashamed of."

"I gather from your letter that your son is a homosexual. I am most impressed by the fact that you do not mention this term for yourself in your information about him. May I question you why you avoid it?" he wrote. "Homosexuality is assuredly no advantage, but it is nothing to be ashamed of, no vice, no degradation; it cannot be classified as an illness; we consider it to be a variation of the sexual function, produced by a certain arrest of sexual development. Many highly respectable individuals of ancient and modern times have been homosexuals, several of the greatest men among them."

While the this correspondence sheds light on his personal communications, it has long been known that Freud did not view homosexuality as a pathology. He believed everyone was born bisexual and later became either straight or gay because of the relationships with those around them. In the letter, Freud does suggest "treatment" for homosexuality may be possible, but says the result "cannot be predicted."

The letter currently appears on display in London as part of an exhibition at Wellcome Collection called "The Institute of Sexology."

(Make the jump for full article and transcription.) Posted by oreydc at 6:37 PM No comments: Links to this post 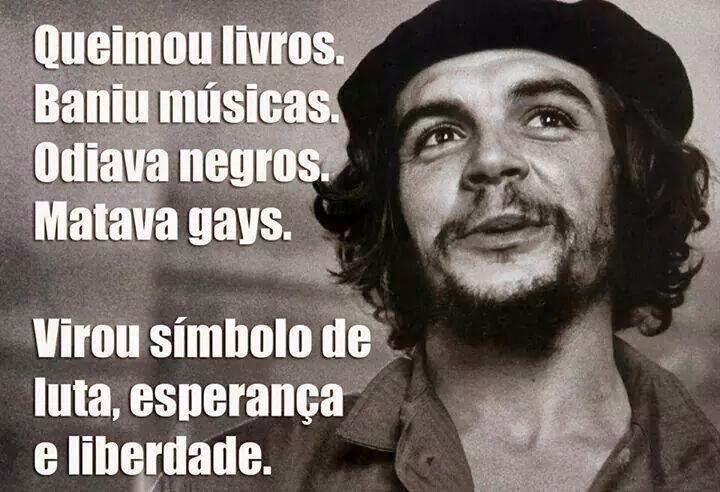 Posted by oreydc at 11:18 AM No comments: Links to this post

Posted by oreydc at 7:32 AM No comments: Links to this post