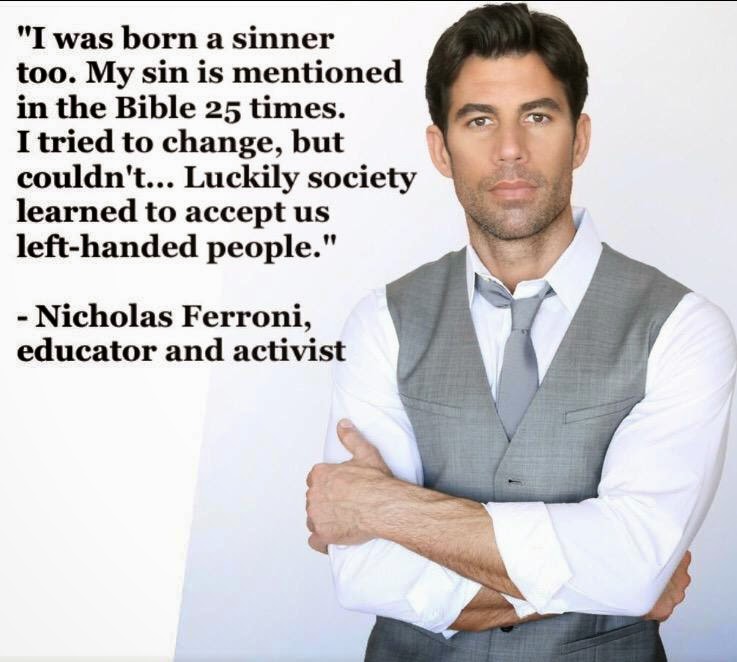 Posted by oreydc at 8:54 PM No comments:

Via JMG: Today in "This is How its Done":

Citing his religious beliefs, the owner of an AlphaGraphics print shop franchise in suburban Atlanta has refused to print wedding invitations for a lesbian couple. Via Atlanta's NBC affiliate:


Paige Beckwith says throughout her wedding planning process she has been open with vendors that there would be two brides on the wedding day. She says none of the vendors seemed to care, but him. Beckwith says she contacted the company after being referred by a friend. They were trying to go with a train theme. Their engagement photos, taken by Snap Shots By Allie, were on railroad tracks. Their reception would be at an old train depot in Lawrenceville. They wanted the invitations to look like a train ticket, so she needed a company that could design and print them. "The owner called me back and let me know that he's not going to print our invitations because he does not support same sex marriage," said Beckwith. "I kept asking him how, why, how he could do this? He just basically stood on his religious beliefs, referenced the Bible, called it a sin, and I was basically in tears saying how could you treat me this way?," she recalled.

The AlphaGraphics main office has denounced its franchisee and promised to print the invitations at no charge. They have also issued a statement:


We do not condone discrimination of any kind, and wish to make clear that customers of any race, religion, nationality, ethnicity or sexual orientation are welcome at our franchisees' locations nationwide. We also wish to apologize to the customers who were impacted by the actions of this franchisee, and hope that our response conveys the level of commitment we feel toward upholding our company's standards of inclusion, and that all members of the Suwanee community continue to feel welcome at AlphaGraphics.


Reposted from Joe Jervis
Posted by oreydc at 2:10 PM No comments:

"We are not that which is material. Matter is only our vehicle. We are the spirit that inhabits this matter. When we get identified with the body, we are susceptible to the laws of matter. When we identify with the spirit, we can exercise dominion over matter, and we realize that matter is simply made from earth, fire, water, air and ether. With this understanding, we can cure diseases, materialize objects, and even slow down aging. This is the mystery of what many call miracles.”
Posted by oreydc at 10:00 AM No comments:

Posted by oreydc at 6:14 AM No comments: