Via Mindbodygreen.com: 8 Things Happy People Do Every Morning

For many of us, mornings begin in a rushed panic. We allow our alarm clocks to buzz at least a dozen times before we decide we have to get out of bed. We then rush around our homes half-awake trying to get ready for our day. In a hurry, we stub our toe on the bedpost, forget to put on deodorant, and don't pack a lunch because we simply do not have time.

It's no wonder that so many folks despise the thought of being awake before 9 am!

So it may not surprise you to know that happy individuals tend to actually enjoy their mornings. They appear to thrive on waking up with the sun and look forward to a new day or possibilities. These happy people have humble morning rituals that increase their own sense of well-being and give their day purpose.

Happy people tend to share many of the following morning habits:

1. They wake up with a sense of gratitude.
Practicing gratitude is associated with a sense of overall gladness. They start the day with love. This means that they're truly appreciative of their life and all of its little treasures. They practice small acts of gratitude in the morning by expressing thankfulness to their partner each morning before they rise from bed. They may also write about their gratefulness for five minutes each morning in a journal that they keep bedside.

2. They begin anew each and every morning.
They know that it's a brand-new day to start over and do something different. Yesterday may have been a complete failure for them, but today is a new day for success and adventure. Individuals who aren't ruined by one bad day are resilient creatures. Resiliency is a telltale sign of having purpose and happiness.

3. They take part in prayer, affirmation, or meditation.
Many of the happiest folks alive are spiritual. Prayer is a way of connecting and giving thanks for our creator. Meditation helps keep our mind focused, calms our nerves and supports inner peace.
Happy people even use affirmations to declare how their day will go. Steve Jobs' morning routine used to start by looking in the mirror and asking himself: "If today were the last day of my life, would I want to do what I am about to do today?" And Benjamin Franklin asked himself each morning, "What good shall I do today?"

4. They read.
Some happy people read a bit of scripture each morning, while others read inspiring stories to get their day started. Either way, they make it a ritual to read self-improvement literature to stretch and grow their insight and knowledge. It's starts their day off on a positive note with new ideas to guide their day's journey.

5. They keep things simple and don't rush out the door.
Complex morning routines are difficult to stick to and set us up for failure. Happy individuals' routines are simple for them because they prepared the night before. They picked out their work attire, prepared their lunch, set their coffee to brew — all the night before. A simple routine limits any multitasking that most people do in the morning to ensure that they make it to work on time. Multitasking may create stress and anxiety and steal your peace during your first waking hours.

6. They exercise.
Exercise boosts levels of health-promoting brain chemicals like serotonin, dopamine, and norepinephrine, which may help buffer some of the effects of stress and also relieve some symptoms of depression. Exercise is a big enough priority that happy folks tend to do it first thing in the morning so that they don't have to try to make time later in the day for it. They recognize that willpower is strongest in the morning.
Morning exercise gets the blood flowing and gives them more energy throughout the day. One study published in the Journal of Health Psychology discovered that working out improved how people felt about their physical bodies — even if they didn't lose weight or gain any noticeable improvements in their physique.

7. They get some fresh air.
Morning walks are beneficial for all creatures. Walking is also proven to stimulate creativity in the brain, which isn't a bad way to start the day either.
If they have a dog, they walk it. Walking the dog a mile or two in the morning is a form of much needed exercise for humans and dogs alike. When happy individuals walk their dog outside, they breath in the crisp morning air, which promotes a sense of vitality.

8. They savor the beauty of their surroundings and practice being present in the moment.
Whether they go on a morning walk with their dog or sit in their favorite chair by the window, taking the time to appreciate their environment can be invigorating and gets folks excited about their day. Being present connects and grounds them to what is really important in the moment. There is a certain kind of wisdom that comes with being a witness to your own life.

How many of these habits do you perform each morning? Are there some that you would like to see on the list?


Make the jump here to read the original article
Posted by oreydc at 10:06 PM No comments: Links to this post 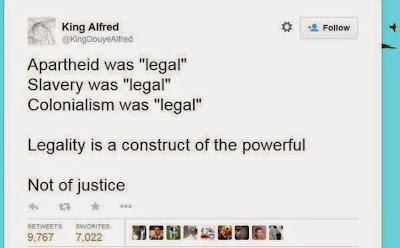 Posted by oreydc at 5:45 PM No comments: Links to this post

JMG Editorial Of The Day


From the editorial board of the New York Times:


In a statement conceding defeat, the Iona Institute, the main opposition group, said it would continue to affirm “the importance of biological ties and of motherhood and fatherhood.” The absurdity of that statement speaks for itself. As soon as the referendum is ratified by Parliament, Ireland will join 19 nations that have legalized same-sex marriage — an honor roll that does not include the United States.

The Irish path to legalizing same-sex marriage was remarkable because advocates have long seen courts and legislative initiatives as easier paths to prevail on an issue that continues to trouble many people on moral and religious grounds. Lawmakers in the United Kingdom approved same-sex marriage in 2013. In the United States, the expanding recognition of marriage rights in 36 states and the District of Columbia has been achieved through lawsuits and legislatures. The Supreme Court is expected to rule next month on a case that could establish a constitutional right to same-sex marriage.

The outcome in Ireland sends an unmistakable signal to politicians and religious leaders around the world who continue to harbor intolerant views against gays and lesbians. It also should offer hope to sexual minorities in Russia, the Arab world and many African nations where intolerance and discriminatory laws remain widespread. The tide is shifting quickly. Even in unlikely places, love and justice will continue to prevail.


Reposted from Joe Jervis
Posted by oreydc at 5:40 PM No comments: Links to this post


Posted by oreydc at 5:34 PM No comments: Links to this post 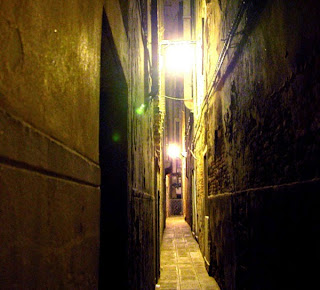 A Good Look Around

Posted by oreydc at 10:10 AM No comments: Links to this post