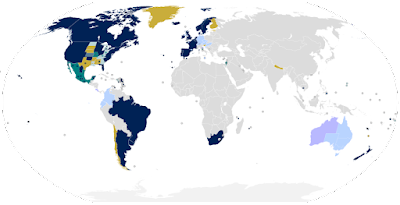 As I reported yesterday, Greenland's Parliament has voted to adopt Denmark's laws on same-sex marriage. That vote goes into effect on October 1st, prompting Wikipedia's map monitors to change Greenland's color to mustard, which means "pending." That tiny dot of dark green in the Middle East is Israel and if you squint you'll see that same-sex marriage is also pending in Nepal (although that bill has not yet been presented). Chile is apparently mustard-shaded because in February 2015 the government announced that it was formally dropping its opposition to same-sex marriage. Civil unions were signed into law by Chile's president last month and the marriage bill is expected soon.

Reposted from Joe Jervis
Posted by oreydc at 7:56 PM No comments: Links to this post

Via JMG: GERMANY: Chancellor Angela Merkel Spokesman Says Same-Sex Marriage Is "Not A Goal Of This Government" 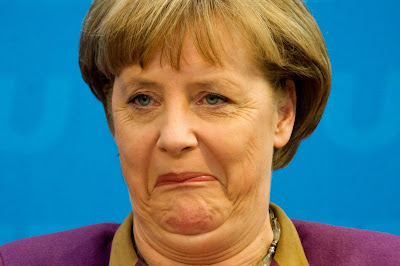 
Chancellor Angela Merkel's coalition agreed on Wednesday to make small changes to same-sex civil partnership rules but staunch opposition from conservatives in her party means Germany will not follow Ireland in allowing gay marriages any time soon. Although there are growing divisions within the party, Merkel's Christian Democrats are still overwhelmingly opposed to same-sex marriages partly due to fears it could upset voters on the right. However, polls show 75 percent of Germans are in favour of legalising gay marriages, as are the Social Democrats (SPD) and all opposition parties. The overwhelming "yes" vote in Ireland for same-sex marriage had triggered a discussion in Germany about the lingering gap in rights between registered partnerships and marriages. "Today was an important milestone in dismantling discrimination and the chancellor is pleased about that," her spokesman Steffen Seibert said. "But same-sex marriages are not a goal of this government." "Every country makes its own laws - some countries go one route while others go another," said Seibert, when asked about Ireland. "In Germany we'll take a path that suits Germany."


Reposted from Joe Jervis
Posted by oreydc at 7:28 PM No comments: Links to this post


Posted by oreydc at 7:01 PM No comments: Links to this post

Via JMG: Where Gay Men Are The Happiest 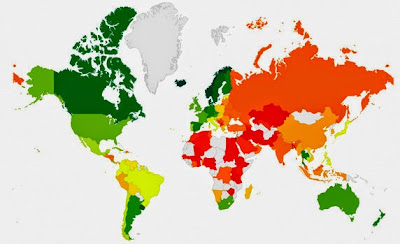 
Planet Romeo, an Amsterdam-based dating and community site, collaborated with the Johannes Gutenberg University of Mainz in Germany to carry out an online survey of 115,000 gay men around the world. They combined rankings on public opinion, public behavior and life satisfaction – how gay men feel about society’s view on homosexuality, how gay men feel they are treated by other people, and how satisfied gay men are with their own lives, respectively – into one worldwide ranking on gay happiness. Iceland tops their list as the country where gay men are the happiest, followed by Norway, Denmark, Sweden, Uruguay, Canada, Israel, Netherlands, Switzerland and Luxembourg. The United States ranks 26th in the list. The 10 worst countries by this ranking are Kazakhstan, Ghana, Cameroon, Iran, Nigeria, Iraq, Kyrgyzstan, Ethiopia, Sudan and Uganda.

Hit the link and scroll down for the full ranking.


Reposted from Joe Jervis
Posted by oreydc at 6:48 PM No comments: Links to this post 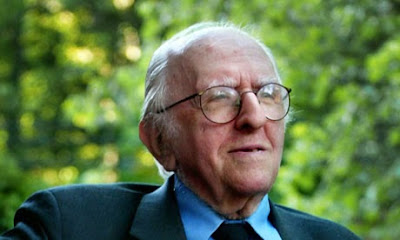 Via press release from the US Department of Labor:


Frank Kameny, who for decades fought to end discrimination in the federal workplace, will be honored by the U.S. Department of Labor in June with an induction to its Hall of Honor. Kameny's legacy as a civil rights leader has made a monumental difference in improving the lives of all workers all across America. A World War II veteran and Harvard-educated doctor of astronomy with the U.S. Army Map Service, Kameny was discharged and barred from federal government employment in 1958 after U.S. Civil Service Commission investigators asked if he was a homosexual.

Kameny fought the injustice, eventually taking his case to the U.S. Supreme Court, which denied his petition in 1961. The setback led him to become a co-founder of the first gay rights organization in Washington, D.C., and began his tireless fight to force the nation's largest employer — the federal government — to end discrimination in its employment practices based on sexual orientation. "Frank Kameny was a groundbreaking leader in the LGBT civil rights movement. He fought tirelessly to live out his truth and to end workplace discrimination," said Secretary of Labor Thomas E. Perez. "At the Department of Labor we work every day to carry on his legacy and ensure that all workers, no matter who they are or who they love, have equal access to opportunity."


Reposted from Joe Jervis
Posted by oreydc at 6:47 PM No comments: Links to this post

"As for many, there is a deeply personal element to this historic victory for me. I am very recognizably Irish-American, from my face to my name, but until these last few weeks, I have often felt that I don’t belong. Last month I was invited to Ireland by the Lawyers for Yes Campaign to help kick off the final weeks of advocacy. As the legislative sponsor of Marriage Equality in New York State, I shared my experience on the fight to achieve equal rights. Irish people from all over the world returned home to vote in this election. I returned to the birthplace of my family to help in any way I could. I feel proud to be Irish in a new way today after the people of Ireland declared that one can be Irish and gay and recognized in loving same-sex relationships. Thank you, Ireland, for voting for another step toward universal human rights for all." - New York Assemblyman Daniel O'Donnell, in a letter published today by the New York Times.

Reposted from Joe Jervis
Posted by oreydc at 6:45 PM No comments: Links to this post

Via NYT: On Same-Sex Marriage, Catholics Are Leading the Way

Take a look at this list of countries: Belgium, Canada, Spain, Argentina, Portugal, Brazil, France, Uruguay, Luxembourg and Ireland. Name two things that they have in common.

They don’t share a continent, obviously. Or a language.

But in all of them, the Roman Catholic Church has more adherents, at least nominally, than any other religious denomination does.

And all of them belong to the vanguard of 20 nations that have decided to make same-sex marriage legal.

In fact, countries with a Catholic majority or plurality make up half of those where two men or two women can now wed or will soon be able to.

Make the jump here to read the full article on the NYT
Posted by oreydc at 9:18 AM No comments: Links to this post


"When we are born, we want to receive exclusive love. We spend our lives demanding this love from our relationships, but it does not exist, so we suffer. We get caught up in this idea until we realize that everything we are looking for is within us. Then we understand that we will only be loved when love is flowing abundantly from our own hearts. This seems absurd, but that’s how it works.”
Posted by oreydc at 9:09 AM No comments: Links to this post 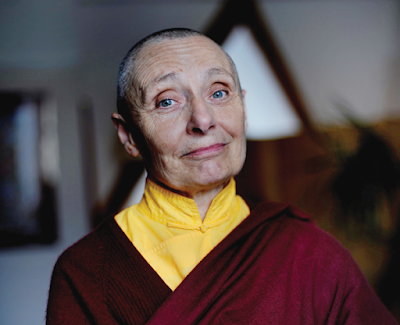 Caught Up in Thoughts

The thoughts are not the problem. Thoughts are the nature of the mind. The problem is that we identify with them.


Posted by oreydc at 9:08 AM No comments: Links to this post