“Relationships are the best way to learn. They prepare us so that we may learn how to love and relate to God. God already knows who we are and does not need us to reveal ourselves, but the person with whom we are relating needs us to open up to them and to accept their revelation as well. To do this, we need to go beyond our pride and fear. It takes courage to face unpleasant truths about our partner and about ourselves.”
Posted by oreydc at 7:29 PM No comments: Links to this post

A Big Gay History of Same-sex Marriage in the Sangha Without fanfare, American Buddhists have been performing same-sex marriages for over 40 years.

Buddhist same-sex marriage was born in the USA. That’s a little known but significant fact to reflect on now, just after the Supreme Court has declared legal marriage equality throughout the country. Appropriately enough, it all started in San Francisco, and was conceived as an act of love, not activism.

During the Nixon years, the LGBTQ rights movement was picking up, and San Francisco was one of the primary centers of both activism and community building. Located not far from the famously gay Castro District, the Buddhist Church of San Francisco (BCSF) was attended by singles and couples, gay and straight. As consciousness rose, people began to seek the same services that heterosexuals already enjoyed in American society.

A male couple in the congregation eventually asked Rev. Koshin Ogui, then assigned to BCSF, to perform their marriage. He readily agreed, and the ceremony was held in the main hall—identical to other marriages at the temple, except for the dropping of gender-based pronouns in the service.

Without fanfare, history was made.

Soon other BCA temples were also conducting same-sex marriages, and by the time of my research into the subject in the early 2010s, I couldn’t find a single minister in the scores of BCA temples who was unwilling to preside over same-sex weddings. Indeed, BCA ministers had already performed marriages for gay and lesbian couples, bisexuals, transgender people, and polyamorous groups. Many of these were interracial marriages, or carried out for non-Buddhists who had nowhere else to go, though most were for members of local BCA temples.

The BCA and its sister organization in Hawaii had gone on record years earlier in support of marriage equality, and even lobbied the government to change the law. This support for LGBTQ rights has been recognized by the Smithsonian, which collected a rainbow-patterned robe worn by the BCSF’s current minister for the museum’s permanent collection.

I’m ordained in the Shin tradition, so I was already aware of Shin inclusivity. (Indeed, though I’m not gay myself, I would not have joined any organization that failed to support LGBTQ rights.) But the historian in me itched to explain this phenomenon more comprehensively. Why was the BCA the first Buddhist organization to move toward marriage equality, and why hadn’t this movement provoked rancor and conservative resistance, as we’ve seen in so many other American religious denominations?

In searching for answers, I came to several interrelated conclusions. First, the history of racial and religious discrimination that the originally Japanese-American BCA faced (everything from mob violence to WWII internment camps) instilled revulsion for discrimination in Shin circles. Second, since Shin ministers are not celibate (the tradition was founded by a married monk in 13th-century Japan), they share lifestyles similar to their parishioners, and thus readily empathize with them on matters of sexuality and social relationships, which may be more abstract to celibate monks and nuns.
But most importantly, what minister after minister told me was that the fundamental point of Shin Buddhism is that Amida Buddha embraces all beings without any exceptions, without any judgments, without any discrimination. Amida opens the way to the Pure Land (and thus liberation) to the old and the young, the rich and the poor, the good and the bad, the black and the white. Therefore, Amida Buddha also embraces the gay and the straight, the gender-conforming and everyone else, without any hesitation. It is this spirit that led Shin ministers to open their doors to same-sex couples, led Shin temples to march in Pride parades across the country, to pass proclamations affirming same-sex rights and marriage in particular, and to carry out education programs in their own communities.

The Shin community hasn’t been alone in supporting LGBTQ communities in American Buddhist circles. Though not as quickly or comprehensively, many other Buddhist groups have also moved toward performing same-sex marriages and affirming the value of their LGBTQ members. In the 1980s, a handful of same-sex marriages were performed by non-BCA teachers, including Sarika Dharma of the International Buddhist Meditation Center in Los Angeles. By the end of the 1990s, American Tibetan, Theravada, and Zen teachers had all performed the first same-sex marriages in those respective traditions as well, and Soka Gakkai had gone from seeing homosexuality as a condition to be cured through Buddhist practice to performing large numbers of same-sex marriages for its members.

All of this was taking place in a country without legal recognition for married same-sex couples. They performed those ceremonies even though they knew the state would not recognize them, because it was the right thing to do.

Today those marriages are equal to everyone else’s, and there are signs that marriage equality is gaining acceptance in parts of Buddhist Asia. Taiwan held its first Buddhist same-sex marriage in 2012, with two brides in white dresses and veils presided over by a traditional shaven-headed nun. In Kyoto, Japan, Rev. Kawakami Taka of Shunkoin temple not only performs same-sex marriages at his historic Rinzai Zen temple, but has also partnered with local hotel, flower, and similar vendors to provide wedding packages for same-sex couples arriving from around the world. Step by step, the movement continues.

On Saturday morning, June 27, I gave keynote address for a seminar at the New York Buddhist Church, “Embraced by the Heart of Amida Buddha: The LGBTQ Community and Shin Buddhism.” It’s part of an educational campaign that the BCA’s Center for Buddhist Education carries out every year in late June. Speakers talked about their experiences as gay, lesbian, and transgender Buddhists, and on Sunday we’ll walk in the New York Pride parade with members of the temple. We had no idea that our event would occur at such a historic moment, but now we know that we’ll be marching as an act of pure celebration, rather than hope and defiance.

Despite the positive record of many sanghas and individuals, discrimination and ignorance remain widespread in American Buddhism. That isn’t something that will change overnight with a single Supreme Court decision, no matter how momentous. But we can genuinely take heart that American Buddhists have been working for marriage equality for more than 40 years, and that Buddhists of many traditions spoke out for equality and contributed to the movement that led to today’s ruling.

Make the jump here to read the full article at  Tricycle
Posted by oreydc at 6:45 PM No comments: Links to this post 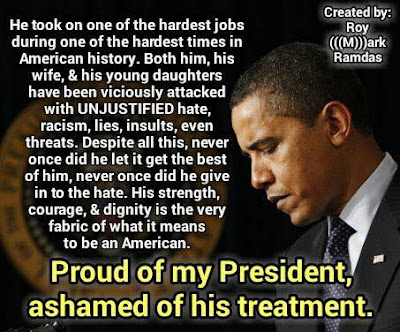 Posted by oreydc at 6:39 PM No comments: Links to this post

Today's Daily Dharma: Love Wishes the Same for All 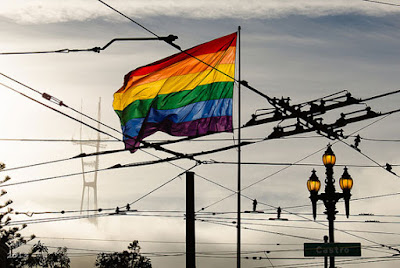 Love Wishes the Same for All

Posted by oreydc at 6:16 PM No comments: Links to this post 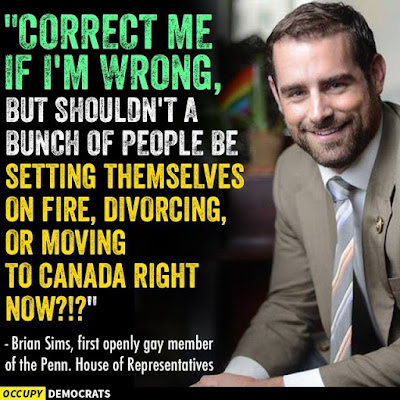 Brian Sims is right. A promise is a promise! Let's see if certain opponents of marriage equality keep their word.

Image by Occupy Democrats, LIKE our page for more!
Posted by oreydc at 6:04 PM No comments: Links to this post 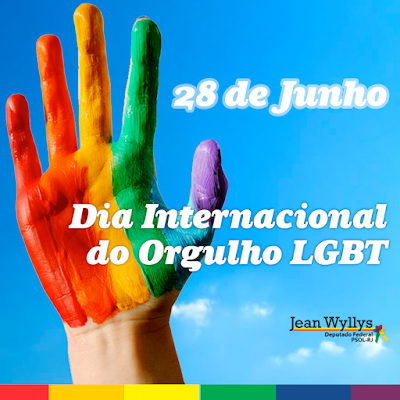