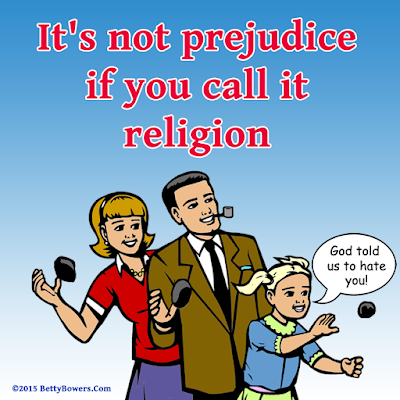 Posted by oreydc at 7:27 PM No comments:

"When we start to remove the layers of numbness that prevent us from feeling, and we get in touch with the pain of having hurt someone else, we must be careful not to fall into the trap of guilt. Sometimes the guilt is so great that we begin to punish ourselves severely, until there is no other choice but to numb ourselves yet again."
Posted by oreydc at 10:10 AM No comments: 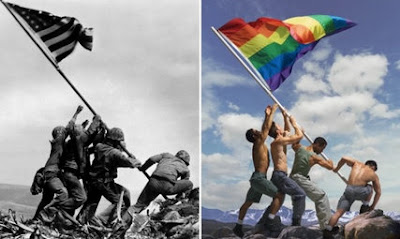 
More than a decade ago, photographer Ed Freeman set out to capture the gay rights struggle in a photograph for the cover of Frontiers, a gay magazine. To do so, he relied on an image — the flag-raising at Iwo Jima — that has been imitated and adapted countless times since it was captured in the midst of one of America’s bloodiest battles. [snip] More than a decade after his adaptation of the photograph was published, it circulated on social media following the Supreme Court’s decision Friday to allow same-sex marriage in all 50 states. That prompted a backlash against Freeman — including a death threat he says he reported to the FBI. “He said if he ever saw me, he’d kill me,” Freeman said in a phone interview. “I got swamped with vitriolic hate mail.” Freeman said there is “no way in hell” that he meant his adaptation of the Iwo Jima image to be provocative. “This picture was just a flashpoint for a lot people who are looking for a reason to lash out, so I guess I get to be the whipping boy,” he said. “I’m fine with that if that’s what it takes.


Reposted from Joe Jervis
Posted by oreydc at 12:22 AM No comments:


The opposition to legal same-sex marriage is both partisan and generational. Two-thirds of Republicans oppose same-sex marriage, as does a majority of those 65 and older. Two in three Democrats and adults under 30 are in favor. Some of the opposition is clearly religious: 57% of those who say religion is very important to them oppose the ruling (a third approve). Among Catholics, there is a close division with nearly half approving. There is more support in the Northeast and West than there is in the Midwest and South.

46% of all Americans say they'd attend a same-sex wedding.


Reposted from Joe Jervis
Posted by oreydc at 12:21 AM No comments: