America is a nation of faith. So it is often said.

In faith, a baker refuses to bake a cake for a gay couple’s wedding. In faith, a minister prays for the president to die. In faith, terrorists plant bombs at the finish line of a marathon. In faith, mosques are vandalized, shot at and burned. In faith, a televangelist asks his followers to buy him a $65 million private jet.

And no one is even surprised anymore.

In America, what we call faith is often loud, often exclusionary, sometimes violent and too frequently enamored of shiny, expensive things. In faith, ill-tempered people mob the shopping malls every year at Christmas to have fistfights and gunfights over hot toys and highend electronics.

You did not hear much about faith last week when Jimmy Carter held a news conference to reveal that he has four spots of cancer on his brain. The 39th president made only a few references to it in the nearly 40 minutes he spoke, and they were all in response to reporter’s questions. Yet, you would be hard-pressed to find a more compelling statement of belief in things not seen. Unsentimental, poised and lit from within by an amazing grace, Carter discussed the fight now looming ahead of him, the radiation treatments he will undergo, the need to finally cut back on his whirlwind schedule.

He smiled often. “I’m perfectly at ease with whatever comes,” he said, in such a way that you believed him without question. And it was impossible to feel sorry for him.

Partially, that’s because we all die and if — still only an if — cancer is what takes James Earl Carter Jr. away, well, there are worse things than to go having reached 90 years of age, having been president of the United States, having been married to the love of your life for almost seven decades, having sired a large and sprawling family and having done significant work toward the eradication of disease and the spreading of democracy in the developing world.

But here’s the other reason it was impossible to feel sorry for him. Feeling sorry would have felt like an insult, a denial of the virtues he showed and the faith he didn’t need to speak because it was just … there.

For all its loudness, all its exclusion, violence and ubiquity, the faith that is modeled in the public square is often not particularly affecting. It is hard to imagine someone looking on it from outside and musing to herself, “I’d like to have some of that.” What Carter showed the world, though, was different. Who would not want to be able to face the unknown with such perfect equanimity?

Carter presented an image of faith we don’t see nearly as often as we should. Which is sad, because it is also the image truest to what faith is supposed to be — not a magic lamp you rub in hopes of a private jet, not a license for our worse impulses, but, rather, an act of surrender to a force greater than self, a way of being centered enough to tell whatever bleak thing comes your way, “So be it.” Even fearsome death itself: “So be it.”

The heat and hubris of human life are such that that state is difficult to conceive, much less to reach. Our lives are defined by wanting and by lack — more money, new car, new love — and by the ceaseless hustle to fill empty spaces within. Media and advertising conspire to make you feel ever incomplete. So it is hard to feel whole within yourself, at peace with what is, whatever that turns out to be.

But who, gazing upon the former president, can doubt the result is worth the effort?

In faith, terrorists kill the innocent. In faith, televangelists swindle the gullible. In faith, so many of us hate, exclude, hurt, curse and destroy. And in faith, last week, Jimmy Carter told the world he has cancer in his brain.

And smiled as he spoke.

Make the jump here to read the original

at lpitts@miamiherald.com
Posted by oreydc at 10:29 PM No comments: Links to this post 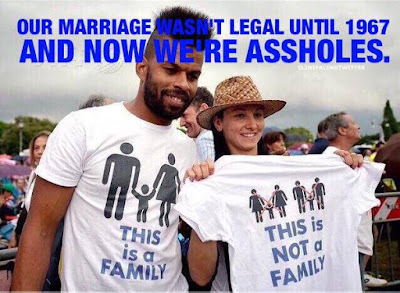 Posted by oreydc at 10:10 PM No comments: Links to this post 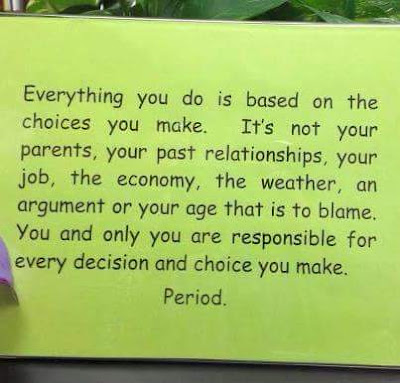 Posted by oreydc at 9:55 PM No comments: Links to this post

Via WGB: Gay Marriage is Legal. Are the Wedding Bells Ringing? 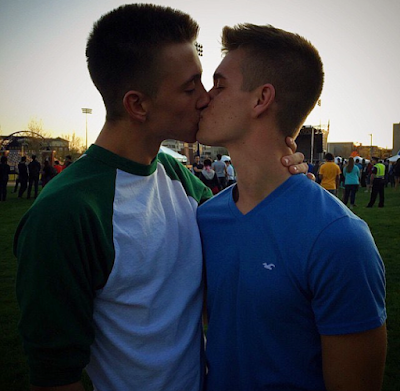 "In June, the Supreme Court of the United States laid down an historic ruling declaring the ban of same-sex marriages at the state level to be unconstitutional, effectively legalizing same-sex marriage across the country. The change had been a long time coming. The 1970s saw the first wave of legal efforts to recognize same-sex marriage, and yet only in 2004 were the first such marriages performed on US soil, in the state of Massachusetts. Over the next decade, the dominoes began to fall in states across the country, culminating in this year’s landmark Obergefell v. Hodges ruling. But the United States was of course not close to being the first nation to take this step: all the way back in 2001, Netherlands became the first country to allow same-sex marriage, followed in the next several years by Belgium (‘03), Spain (‘05), Canada (‘05) and South Africa (‘06). As of today, 20 nations (and a few jurisdictions in Mexico) permit same-sex marriage.

But after the initial flurry of excitement has died down, and the queues for marriages licenses at city hall have subsided, what happens next? How often are same-sex marriages actually performed in these countries? We dug into the numbers, and discovered that in some nations, like Belgium, same-sex marriages have become remarkably commonplace and are warmly accepted by fellow citizens as part of the cultural fabric of the community. On the other hand, in countries like Portugal and Norway, same-sex marriages remain surprisingly uncommon; for Portugal, this is due in part to the powerful influence of the Roman Catholic church in everyday life, while Norway’s low rate is a result of its longstanding (and popular) civil union laws, as well as the still powerful influence of the country’s Lutheran clergy. As recent court cases in the United States involving Christian wedding bakers and florists suggest, just because same-sex marriage is legal, it doesn’t mean that there is an accepting environment for it." Full story here!
WGB :: This article is worth the full read and what I liked about it, is that it covers an international audience and so does this blog!
Posted by oreydc at 9:43 PM No comments: Links to this post

Via Rude and Rotten Republicans / FB: 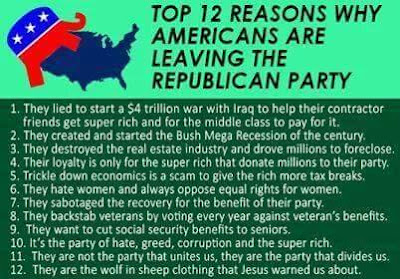 Via I Support Equal Rights / FB: Posted by oreydc at 9:29 PM No comments: Links to this post 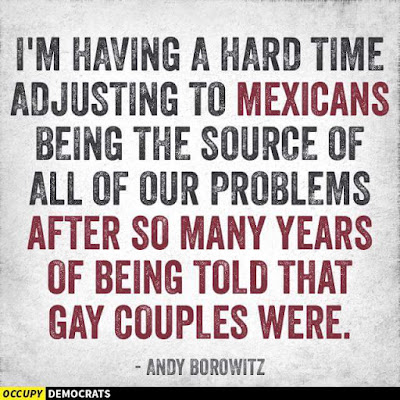 Posted by oreydc at 5:05 PM No comments: Links to this post

“There is a certain type of skepticism that helps to increase awareness. This skepticism incites us to seek out answers through what we've experienced ourselves. I was also once a skeptic. I was a scientist of the human mind and I wanted to find God through logic and mathematics. This search led me to spirituality. When we get to the bottom of science, we eventually end up in spirituality. Simultaneously, at the depths of spirituality, we find science. Both are the extreme opposite of the very same thing, just as it is with meditation and devotion.”
Posted by oreydc at 12:09 PM No comments: Links to this post

The Benefit of Awareness
Read More
Posted by oreydc at 12:05 PM No comments: Links to this post