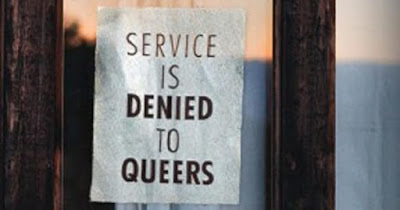 The fact that gay and lesbian Americans have won the battle for marriage equality may not bode well for hate crime trends in the future.  According to June’s vocative.com article:
“In the past, marriage equality legislation has been speculatively linked to violence against the LGBT community. When France legalized same-sex marriage in 2013, it was accompanied by a reported 30 percent increase in such attacks. In 2009, a surge in anti-gay hate crimes in California was blamed on controversy surrounding Prop 8, a state ban on same-sex marriage. At the time, a Santa Clara County prosecutor in charge of tracking hate crimes said, ‘My belief from having done this work for many years is that surges in types of hate incidents are linked to the headlines and controversies of the day.’”
With 2015 also being a high water mark for transgender people, there is certainly reason for those in the Community to be apprehensive as well.  On October 7th, Human Rights Campaign reported the murder of 22-year old Keisha Jenkins of Philadelphia, the 20th transgender person killed in America during this record setting year, with three months to go.  As transgender activist Bamby Salcedo put it, “We’re also living a double-edged sword. When there’s increasing visibility, there’s also increasing hate towards our community.”
To believe anti-LGBT violence in America will simply “blow over” or fade with growing acceptance is to live in a fool’s paradise.  One only needs to look at the explosion of new hate groups after the election of President Barack Obama; the systemic violence towards the Black community; or the massacre in Charleston at an AME Bible study to know it isn’t true.  People are addicted to their hate.
Social conservatives, evangelical Christians, as well as others who don’t want to know better are clearly outraged by the seismic shift in LGBT civil rights.  Fueled by media outlets, religious leaders, and political candidates bent on turning back the clock of equality, they’re not going to go away or change anytime soon.
People like the Tennessee hardware store owner posting and selling “No Gays Allowed” merchandise and government officials imposing their personal beliefs on others by refusing to uphold the Constitution which they have sworn an oath to do, are prime examples of such.  Yes, they are guaranteed their freedom of speech and freedom of religion.  But if the merchandise said “No Blacks Allowed” and marriage licenses were being denied to interracial couples, the hate and discrimination would not be tolerated. 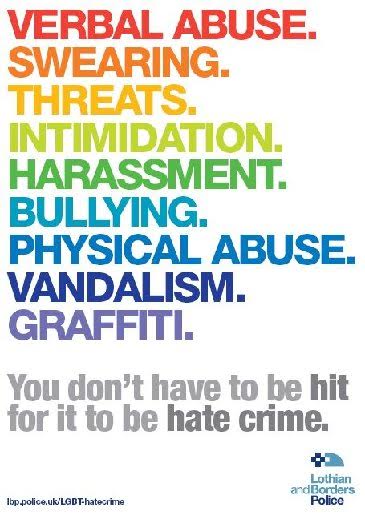 How is it different from anti-gay graffiti, transgender slurs, or gender nonconformity bullying? It’s not, including those against the most vulnerable, children.  Lambda Legal website states, “There is no constitutional right to be a bully…and the kind of behavior that school authorities are expected to control or prevent.”  And yet, many administrators fail to do so adding to the epidemic of “self-inflicted hate crimes,” LGBT adolescent suicide.
These various kinds of actions not only foster fertile ground, but plant the seeds of greater, more widespread, and ultimately violent acts of hate.  As Shannon Minter of the National Center for Lesbian Rights said, “We all have a responsibility to stop this violence.  We all have an obligation to speak up, to do something.”
For decades LGBTs have been urged to step out of the closet and into the Community.  Now it’s time for the Community and its allies to step up and step in when they witness hate and stop it before it can take root and grow into violence.  For America to become beautiful, it must have vigilant gardeners tending to it so life, liberty, and the pursuit of happiness can hope to thrive.


Get Involved
State by state laws and advocacy
http://www.hrc.org/topics/hate-crimes
National Coalition of Anti-Violence Programs
www.avp.org
Posted by oreydc at 11:29 PM No comments: Links to this post

If You Could Be Straight, Would You?


Posted by oreydc at 11:22 PM No comments: Links to this post

“Up until now, humanity as a whole has been interested in exploring and conquering the material world. This has been so because we are still in a relatively primitive stage of our evolution. However, the Creative Intelligence has already been showing us that it’s time for us to move in another direction; otherwise, we will become extinct. We need to move towards loving consciousness, which means leaving behind our exploration of the world of matter and instead becoming explorers of consciousness.”
Posted by oreydc at 9:45 AM No comments: Links to this post

Awareness Arises Naturally
Read More
Posted by oreydc at 9:44 AM No comments: Links to this post