Make the jump here to read the original and more
Posted by oreydc at 9:40 PM No comments: Links to this post 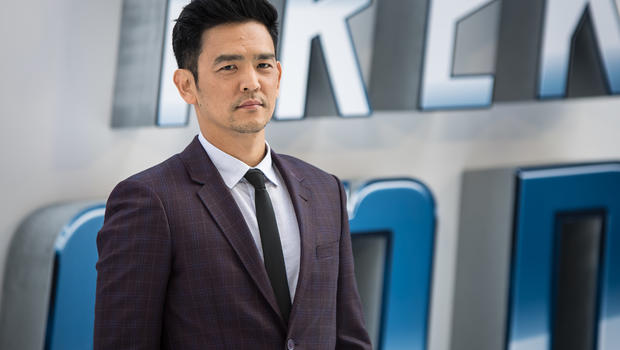 LOS ANGELES -- The son of late "Star Trek" creator Gene Roddenberry says his father would have been on board with an Enterprise crew member being portrayed as gay, but he's unsure if it should have been helmsman Hikaru Sulu.

Rod Roddenberry said his father would have been supportive of a gay "Trek" character and commended the "Star Trek Beyond" filmmakers for featuring an LGBT character. Roddenberry died in 1991.

Make the jump here to read the full story and much more
Posted by oreydc at 8:58 PM No comments: Links to this post 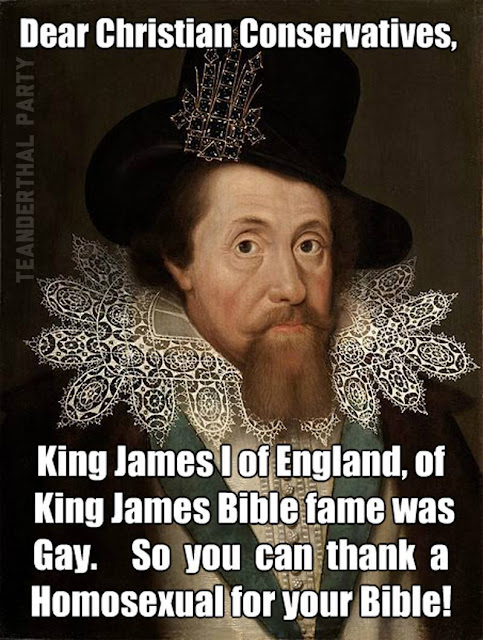 King James was affectionately called "Queen James" by his friends. Being gay himself, he would know if the Hebrew and Greek condemned homosexuality.

http://www.libchrist.com/other/homosexual/kingjames.html
Posted by oreydc at 7:02 PM No comments: Links to this post

Via Faith In America: RNC’s Conversion Therapy Support Is Dangerous

The GOP has solidified their stance against LGBT people at their convention supporting the condemned practice of conversion therapy. This pseudo science practice is both spiritual and medical malpractice and actively harms LGBT individuals, especially LGBT youth. Faith In America thoroughly condemns the adoption of this practice into the GOP platform.

Below is the press release we sent to media on this issue.

New York, New York, July 14, 2016 – The Republican National Convention is being used as a tool to further a bigoted anti-LGBT agenda. Anti-LGBT pundit Tony Perkins used his influence as an RNC delegate to include dangerous, pseudo-science “conversion therapy” into the GOP platform.

“The addition of conversion therapy in the GOP’s platform shows they’re far from finished fighting against the LGBT community,” said Eliel Cruz, Executive Director of Faith In America. “Conversion therapy has been denounced by all leading medical organizations. The practice stems from a religious-based archaic understanding of sexuality that believes homosexuality is a choice and is sinful. Today, we know that being LGBT is natural and not something to be ‘cured’ of. The Republican Party has proven itself once more that it’s the party of religious based bigotry.”

The language included in the platform does not specifically mention the words “conversion therapy.” It mentions that parents should be allowed to seek whatever treatment or therapy they deem fit for their children. This language extends to “physical and emotional” therapy as well.

About Faith In America: Established in 2006, Faith In America is a non-profit organization whose ultimate goal is to end decades and centuries of using religious teachings to justify marginalizing and discriminating against others.  We are dedicated to influencing media and faith community narratives on religion and sexuality. Our goal is to move the needle forward on LGBTQ equality in the pews and in our legislation. Our Mission is to educate the public about the ongoing harm caused to LGBTQ persons, especially youth, by religious-based prejudice. Our dream is to change the hearts and minds of religious communities on the “sinful” nature of homosexuality. To remove it permanently from “the sin list.”
Posted by oreydc at 6:40 PM No comments: Links to this post 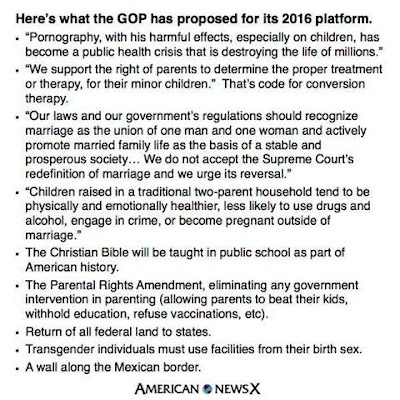 Posted by oreydc at 5:31 PM No comments: Links to this post

Posted by oreydc at 12:44 PM No comments: Links to this post

Every day, priests minutely examine the Law
And endlessly chant complicated sutras.
Before doing that, though, they should learn
How to read the love letters sent by the wind and rain,
The snow and moon.