The Fable of the Roasted Pig from: Schools for a New Century: A Conservative Approach to Radical School Reform by Dwight W. Allen


Once upon a time, a forest where some pigs lived, caught on fire and all the pigs were roasted. People, who at that time were in the habit of eating raw meat only, tasted the roasted pigs and found them delicious. From that time on, whenever men wanted roasted pork they set a forest on fire.


Due to the many bad points of "the system," complaints grew at an increasing rate, as the system expanded to involve more and more people. It was obvious that "the system" should be drastically changed. Thus every year there were any number of conventions, and congresses, and a considerable amount of time and effort was spent on research to find a solution. But apparently no way of improving the system was ever found, for the next year and the year after and the year after that there were once more conventions and congresses and conferences. And this went on and on and on...

Those who were experts on the subject put down the failure of the system to a lack of discipline on the part of the pigs, who would not stay where they should in the forests; or to the inconstant nature of fire, which was hard to control; or to the trees, which were too green to burn well; or the dampness of the earth; or the official method of setting the woods on fire or....or....

One day a fireman named John Commonsense said that the problem was really very simple and easily solved. Only four steps need to be followed: (1) the chosen pig had to be killed, (2) cleaned, (3) placed in the proper utensil, and (4) placed over the fire so that it would be cooked by the effect of the heat and not by the effect of the flames.

The director general of roasting himself came to hear of this Commonsense proposal, and sent for John Commonsense. He asked what Commonsense had to say about the problem, and after hearing the four point idea he said:

"What you say is absolutely right--in theory, but it won't work in practice. It's wasteful. What would we do with our technicians, for instance?"

"Or the specialists in seeds, in timber? And the builders of seven-story pig pens, now equipped with new cleaning machines and automatic scenters?"
"I don't know."

"Can't you see that yours is not the solution we need? Don't you know that if everything was as simple as all that, then the problem would have been solved long ago by our specialists? Tell me, where are the authorities who support your suggestion? Who are the authors who say what you say? Do you think i can tell the engineers in the fire division that it is only a question of using embers without a flame?And what shall be done with the forests that are ready to be burned - forests of the right kind of trees needed to produce the right kind of fire, trees that have neither fruit, nor leaves enough for shade, so that they are good only for burning? What shall be done with them?

What you must bring, are realistic solutions, methods to train better wind technicians; to make pig sties eight stories high or more, instead of the seven stories we now have. We have to improve what we have; we cannot ignore history. So bring me a plan, for example, that will show me how to design the crucial experiment which will yield a solution to the problem of roast reform. That is what we need. You are lacking in good judgement, Commonsense! Tell me, if your plan is adopted, what would I do with such experts as the president of the committee to study the integral use of the remnants of the ex-forests?"

But you have to be inside to know the problems and the difficulties.
Now, just between you and me, I advise you not mention your idea to anyone, for your own good, because I understand your plan. But, you know, you may come across another boss not so capable of understanding as I am. You know what that's like, don't you, Eh?"
Poor John Commonsense didn't utter a word. Without so much as saying goodbye, stupefied with fright and puzzled by the barriers put in front of him, he went away and was never seen again.

It was never known where he went. That is why it is often said that when it comes to reforming the system, Commonsense is missing. 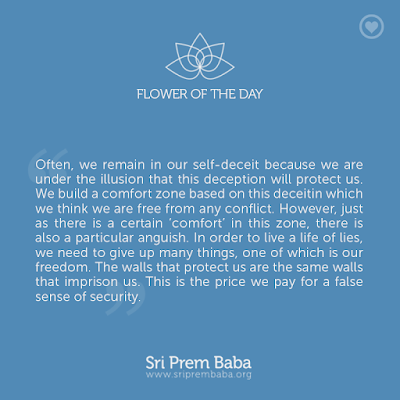 We are not separate from our practice, and so no matter what, our practice is present. An ocean swimmer is loose and flows with the current and moves through the tide. When tossed upside-down in the surf, unable to discern which way is up and which is down, the natural swimmer just lets go, breathing out, and follows the bubbles to the surface.

—Sensei Pat Enkyo O’Hara, "Like a Dragon in Water"
Posted by oreydc at 12:39 PM No comments: