Via Ram Dass: How can we reconcile our spirituality and our religion? 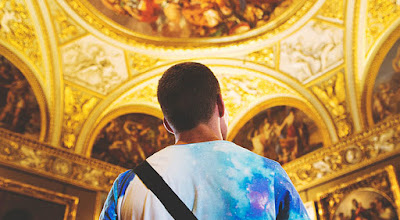 How can we reconcile our spirituality and our religion?

There was a great moment when I asked Trungpa Rinpoche for some meditation instruction.

He was sitting there with this saki bottle and he said, “What you should be doing now is this form of yoga called Ati yoga.” And he says, “You just will expand out, let’s do it.” So we sat there looking at each other and started to meditate.

Then after about 20 seconds he says, “Ram Dass?” I said, “Yes?” He said, “Are you trying?” I said, “Yes I’m trying!” He said, “No Ram Dass, don’t try, just do it.” I realized that in my zeal towards enlightenment, I’d turned it into another Jewish middle-class achievement task.

So this spiritual group started seeking disciplines and paths and practices and got very enamored of Eastern Wisdom, and this was earlier before the full response of the Western Religions in which they finally recognized that they had to make the esoteric more available, that they had to give up some power, because within the Eastern traditions the esoteric was available.

When people started to have these esoteric experiences, they were so thick, so fast, and so different, that it was ineffable – very hard to explain. There was no way I could even start to conceive of explaining it. I mean, it’s like, take this moment, how would you describe it? If you all gave a description, it would still fall short of the totality of what it was.

I think that my child rearing through the Jewish Conservative Reform track, if that had had enough spiritual sustenance in it, I might have turned to things like Kabbalah or Hasidic literature, and to Nachman, or to Baal Shem Tov or someone like that. But I still had such a reaction to the kind of social-political attachments to Judaism.


I was just looking for something that was touching a deeper place in me, than had never been touched by Judaism. Not that it couldn’t be, but that it had never happened.

So to me, the maps that were available clearly pointed toward the East, but as the years went by and I got to around 1967, I realized that nobody in the West knew how to read the maps. I mean, there were some that did, but I just didn’t know them, of course.

So basically, I went to the East looking for a map reader, and I found in my guru such a being. The best thing I can say about the quality of him was that over the few times I knew him, when he was in his body between ’67 and ’73, there were very few times I could ever find him.


What I recognized with him was that what I had been able to touch with acid, he could have without it.

We gave it to him. Nothing happened, because if you’re in Detroit, you don’t have to take a bus to Detroit. There was nowhere for him to go, he stayed in that space. We were looking to go somewhere, to change something, because we were holding somewhere. He wasn’t holding anywhere.


Make the jump here to read the original and more
Posted by oreydc at 11:53 PM No comments: Links to this post

We must reclaim the concept of awakening from an exclusively individualistic therapeutic model and focus on how individual liberation also requires social transformation.

—David Loy, “Awakening in the Age of Climate Change”
Posted by oreydc at 10:16 PM No comments: Links to this post