Via BBC: Majority in Brazil's top court to make homophobia and transphobia crimes 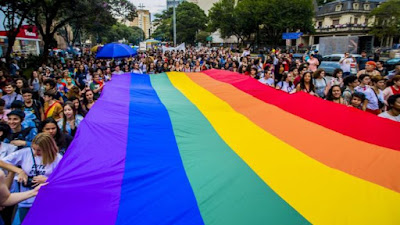 A majority in Brazil's Supreme Court has voted in favour of making homophobia and transphobia crimes.

Six out of 11 judges voted to consider discrimination against gays and transgender people equivalent to racism.

The decision will give the community, which suffers constant attacks, real protection, activists say.

At least 141 LGBT people have been killed in Brazil this year, according to rights group Grupo Gay da Bahia.


Read the full article and more here
Posted by oreydc at 1:07 PM