Via Lion's Roar / The Beauty of Imperfection 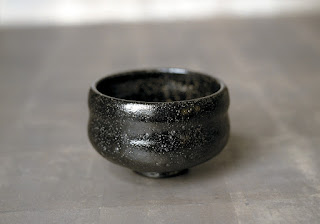 As we progress, we realize how constricted we are by our discriminating mind: our minds, not our hearing organs, make the distinction between sound and silence. But if you practice listening until you no longer make distinctions, you develop a power that is liberating.

—Dharma Master Hsin Tao, “Listening to Silence”
Posted by oreydc at 10:18 AM No comments:

Via Daily Dharma: What’s at the Center of Pain?

We twist in the turbulence on the edges of pain; in the eye of the pain is the stillness.

—Joan E. Chapman, “Fields of Awareness”
Posted by oreydc at 11:36 AM No comments:

Via Daily Dharma: What Does Mindfulness Achieve?

Be in harmony with each breath, each moment, and know that in giving yourself this time to develop awareness and a steadiness of attention you are nourishing spirit, head and heart.

Some thoughts on universal healthcare...

So what do I think?
1.     In contrast to the universal healthcare I had seen or experienced in Denmark or Greece, it seems at first glance a bit shoddy and threadbare, but in reality, the tech and treatment is every bit as good as in Europe or for pay at Kaiser in Sacramento. The building (and beds) could use some love, and will get it asap, as a new improved UPA is almost complete in between UFOP and the Santa Casa.
2.     The doctors and nurses are as great as great could be – I have so much respect for folks who work in these places, and then can just go home every night. How they dealt with any and all of us, was nothing but top notch.
3.     There are few things Brazilians are proud of, but the nurse, colleagues here at UFOP, and others I know ARE proud of UPA’s. They are universally spread out over Brasil, and give everyone, rich poor, confused (in my case) free quality care… viva!
I can’t complain, I am glad that the worst-case scenario, if something radically bad did occur for either of us, that we would get good care and be sent on our way.
So yes, its universal, and yes, we pay for it through our taxes, but its good, and everyone gets the care they need. You can in our case get private care to supplement it (if you remember to in my case).
So USA, get with the program… no one I know here goes into bankruptcy when they get cancer. You might get bumped up (think triage) to the next place, or a doctor you want, may not be there for you the next day. Or as the guy I left to sleep, who was in for a far worse asthma attack than mine, and got oxygen, you might just need to get away from home, get some care and rest – Brazilians are used to a far higher noise ration than I am to sleep. But there you are – it works, and it works for everyone.
If the corruption and graft and political confusion hadn’t distracted this great country.... both public education and healthcare could be all that much better, no one is asking for anything special here, just respect and care. But alas, or as folks here say “pois é”.
Life is good, damn good! (and can be somewhat breath taking at times)