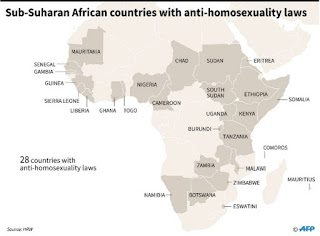 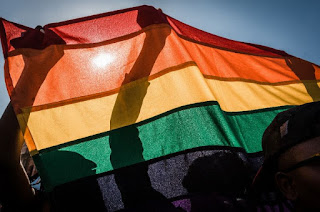 Addis Ababa (AFP) - Ethiopia's religious leaders on Monday urged the government to block a US gay travel company from touring the country's ancient sites, and one group warned visiting homosexuals could face violence.

The Chicago-based Toto Tours, which describes itself on its website as "the only gay tour company in existence" that has been operating with the same ownership and management for almost three decades, told AFP it has received death threats since announcing a 16-day trip to Ethiopia, which includes numerous historical religious sites.

Their itinerary has sparked ire in Ethiopia, which like many in Africa is deeply homophobic and has strict anti-gay laws, punishing homosexual acts with up to 15 years in prison.

"Tour programmes and dating programmes that try to use our historical sites and heritage should be immediately stopped by the Ethiopian government and we urge Ethiopians supporting these sinful and evil acts to desist from their acts," Tagay Tadele of the Inter-Religious Council of Ethiopia told journalists.
The council counts seven Islamic and Christian denominations as members.

An influential Ethiopian Orthodox organisation, the Sileste Mihret United Association, also held a press conference Monday to condemn the tour company.
"Homosexuality is hated as well as being illegal in Ethiopia. Toto Tours are wrong to plan to conduct tours in our religious and historical places," the organisation's vice chairman, Dereje Negash, told AFP.

"If Toto Tours comes to Ethiopia where 97 percent of Ethiopians surveyed oppose homosexuality, they will be damaged, they could even die," he said.

Dan Ware, the president of Toto Tours, said the company had been "terribly misunderstood", in an email to AFP.

"Our company is not aimed at spreading values contrary to local cultures when we travel around the world. We are simply an organization where like-minded people can travel comfortably together to experience the world's most precious wonders.

"We come with only the greatest respect and humility."

He said the tour had been advertised on the company's social media pages and spotted within Ethiopia, leading to "death threats", and called for protection for the tour group from both the US State Department and the Ethiopian tourism ministry.

"This is terrible discrimination, and when the word of this spreads internationally, as it is most likely to do, it will have a negative impact on the important tourism industry in Ethiopia."

He said that by the time the tour takes place in October "the eyes of the entire world will be on the people of Ethiopia to see what happens to us."

Twenty-eight out of 49 countries in sub-Saharan Africa have laws penalising same-sex relationships, according to Human Rights Watch (HRW).

Some countries, like Angola, Mozambique and Seychelles, have moved to scrap anti-gay laws.

However Kenya's high court earlier this month refused to do so, in a major blow to gay activists on the continent.

make the jump here to read the full article and more

Posted by oreydc at 4:42 PM No comments: Links to this post

Via Friend of Dorothy Book / FB: 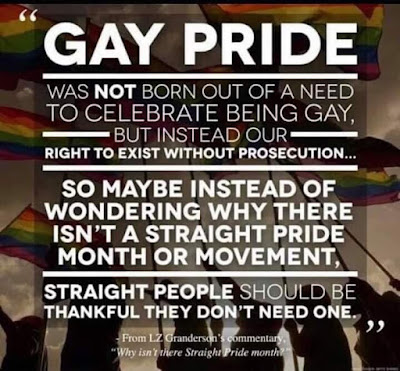 Posted by oreydc at 4:36 PM No comments: Links to this post


Posted by oreydc at 4:25 PM No comments: Links to this post

In my pursuit of mindfulness I have found myself giving thanks for all things at a far deeper level… As I become more mindful I am even grateful for difficulties and pain, as they allow me to access greater compassion for those going through their own hardships.

—Jim Owens, “Bible Belt Buddhism”
Posted by oreydc at 1:03 PM No comments: Links to this post