Via Lion's Roar / Is Buddhism a religion, philosophy, way of life, or science of mind? 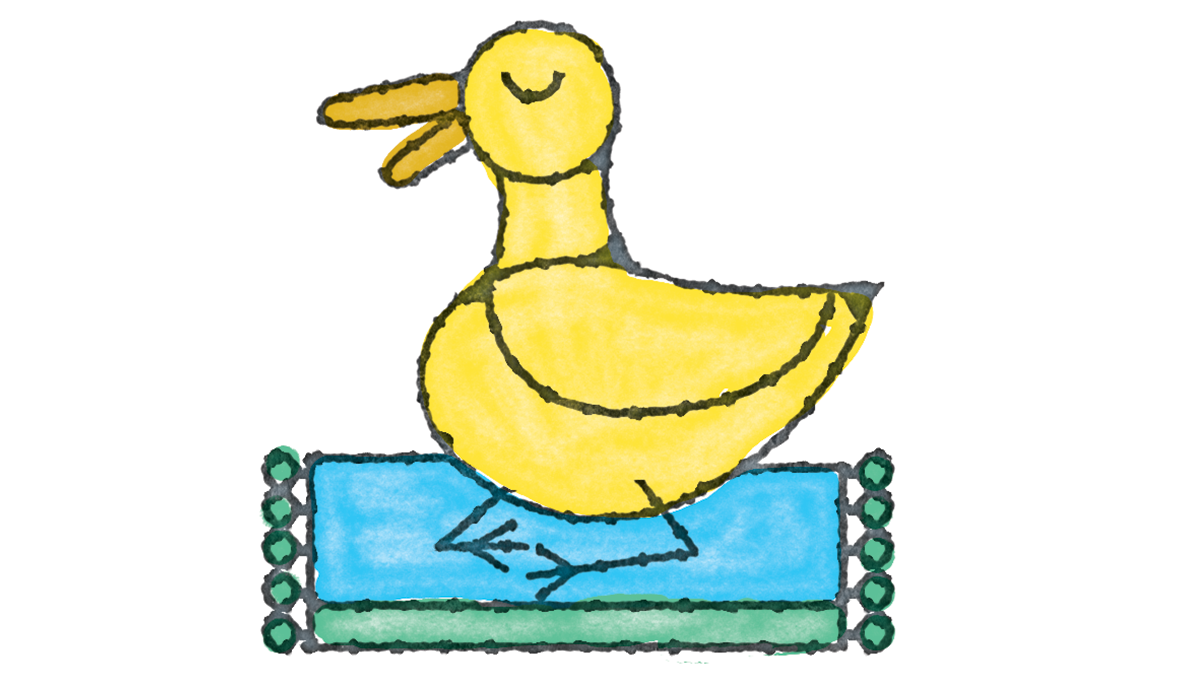 
I’m confused. Buddhism is considered one of the world’s five great religions, but some people say it’s not a religion at all, but a philosophy, way of life, or science of mind. Which is it?

The answer is really about how you define religion. On one hand, Buddhism looks a lot like every other religion, with monastics, temples, sacred texts, rituals, congregations, etc. So by the “if it quacks like a duck” sociological definition, it’s a religion. On the other hand, most people define religion as believing in some sort of God or Creator, which Buddhism does not. They consider the concept of “nontheistic religion” a contradiction in terms, so they label Buddhism as a philosophy, way of life, or science of mind (and many Buddhists in the West agree). We would like to offer a third definition: religion is that which posits a nonmaterial spiritual reality (whether God or mind) and asserts we continue in some way after death. By that definition, combined with the sociological and historical realities, we come down on the side that Buddhism is a religion—and all those other things too.

Thank you for reading Lion’s Roar. Now can we ask for your help?

Lion’s Roar is a nonprofit. Our mission is to share the wisdom of the Buddha’s teachings—to inspire, comfort, support, and enlighten readers around the world. Our aspiration is to keep LionsRoar.com available to everyone, providing a supportive, inspiring Buddhist community that anyone can access, from curious beginners to committed meditators. Do you share our aspiration? We can’t do this without your help.
Lion’s Roar reaches more readers like you than ever before. Unfortunately, advertising and other revenues are falling for print and online media. We know we have something deeply precious to share with the world, and we want to continue this important work. Can you help support our efforts now?
Lion’s Roar is independent, unbiased, not-for-profit, and supported by readers like you. Please donate today and help the lion’s roar echo for readers around the world.
SUPPORT LION’S ROAR 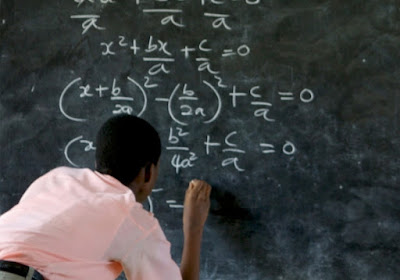 As a high school math teacher, I run into plenty of obstacles: resistant students, anxious parents, not enough time or resources, and even my own burnout.

When I hit a wall, I find it valuable to return to the question at the beginning of it all: What’s the best thing I can do to help my students grow?

It’s easy to repeat this mantra to myself, but that doesn’t always help me access its core meaning.

Sometimes I can’t realize the meaning until I manifest it in my life, new and fresh. Manifesting meaning isn’t about reciting, but creating. It requires work, patience, and not-knowing.

This persistence and discipline could describe Zen koan study just as well as it describes teaching. In my experience, koans are a ready guide for a high school teacher.

I spent the better part of a month reading and rereading Case 52 of The Book of Serenity, entitled “Caoshan’s ‘Reality Body.’”


Caoshan asked elder De, “‘The buddha’s true reality body is like space: it manifests form in response to beings, like the moon in the water’ — how do you explain the principle of response?”
De said, “Like an ass looking in a well.”
Caoshan said, “You said a lot indeed, but you only said eighty percent.”
De said, “What about you, teacher?”
Caoshan said, “Like the well looking at the ass.”

Koans in The Book of Serenity are accompanied by a commentary from Wansong Xingxiu, a 12th-century Chinese Chan Buddhist monk — an ancestor of my school of Zen. Wansong introduces this one saying, “Those who have wisdom can understand by means of metaphors. If you come to where there is no possibility of comparison and similitude, how can you explain it to them?”

In the koan, Caoshan’s metaphor of “the moon in the water” symbolizes the realization that enlightenment isn’t something outside of us. The moon is reflected in the ocean, in lakes and streams, in puddles after the rain, in droplets of dew in the early morning, and even at the bottom of wells. Likewise, enlightenment is reflected in every drop of our lived experience. One of the key realizations in Zen is that when we meditate, we manifest the meaning of Zen. We become aware of the moon’s presence, having somehow doubted it before. And looking for it outside, we find it closer than we expect.

This koan probes me to ask myself, “What do you see when you look at your students?”

Enkyo O’Hara Roshi says a koan is “a form that obscures what it intends to communicate.” This seems unhelpful in the classroom. As teachers, our intention is to clearly and concisely communicate a specific subject. At the same time, we understand that a bare presentation of facts — historical dates, mathematical theorems, a list of an element’s properties — isn’t enough to communicate the meaning behind a subject. More often than not, the student will look at the majesty of a mathematical proof and ask, “So?”

That kind of comment can send teachers to the bar on a Friday afternoon, exasperated and shaking our heads. We peer into our wells and wonder if there’s anything down there.

I think part of the challenge of teaching math is that you are communicating to an audience about math, while simultaneously communicating how to be an audience for math. To paraphrase scholar and educator Magdalene Lampert on teaching fractions to fifth graders: you are teaching them how to be the type of people who talk about math.

A math teacher doesn’t present proofs to an audience. Rather, a math teacher poses problems that have to be worked through. A problem is a form that obscures what it communicates, similar to a koan. In this regard, a good math problem is a koan for the student. Just as a koan is both a symbol of enlightenment and a means to realize enlightenment, so a math problem can be an expression of the problem and a means to solve the problem.

Among my students, not-knowing math seems to be the most shameful thing you can imagine. I remind them often that if they knew all of this math already, they wouldn’t have to be here. But they are here, and they’re facing what seems to be an insoluble problem. They work at it and it works at them, until suddenly the “problem” drops away and they communicate its meaning without speaking a word.

As teachers, sometimes we forget that this is what we’re trying to accomplish. Staring into the well, we think nothing will peer back. We throw up our hands and say, “The kids just don’t care!” And of course, at first, they don’t. Not now, not yet. We are in the business of cultivating people who care, who think, who create, imagine, argue, and collaborate.

I think the hard part about teaching—and about life—is that this is true for us, as teachers and as adults. We are always learning and growing, and every challenge that confronts us is a new koan, a new problem that obscures the truth of our lives. Working with koans and working with young people share this quality of resolving the insoluble. At the start, all you have is a jumble of words and feelings that you’re trying to convey.

What do you see when you look at your students? Wansong warns us against saying that we’re here to teach them. If I simply say, “I am here to teach,” then that isn’t a realization of my intention. In order to actually teach, I must do more than say I am teaching. I embody how to talk about math, and then how to observe and manifest its meaning. The meaning of math is communicated in every aspect of my being, and in every aspect of my students’.

With this understanding, I can turn to the next group of students, listen closely, and respond to them with a question or two. As we learn and grow together in this classroom, peering down the wells of mathematics, the meaning comes into view. How did I not see it there before?


Click here to make the junp here to read the original and much more!
Posted by oreydc at 12:29 PM No comments: Links to this post

The technique of the witness is to merely sit with the fear and be aware of it before it becomes so consuming that there’s no space left. The image I usually use is that of a picture frame and a painting of a gray cloud against a blue sky. But the picture frame is a little too small. So you bend the canvas around to frame it. But in doing so you lost all the blue sky. So you end up with just a framed gray cloud. It fills the entire frame.

So when you say 'I’m afraid,' or, 'I’m depressed,' if you enlarged the frame so that just a little blue space shows, you would say ‘ah, a cloud.’ That is what the witness is. The witness is that tiny little blue over in the corner that leads you tosay, ‘ah, fear.’

Via Daily Dharma: The Grace of Impermanence

—Interview with Sallie Tisdale by Marie Scarles, “Travel Guide to the End of Life”
Posted by oreydc at 11:12 AM No comments: Links to this post