Via Utne / Entangled by the World 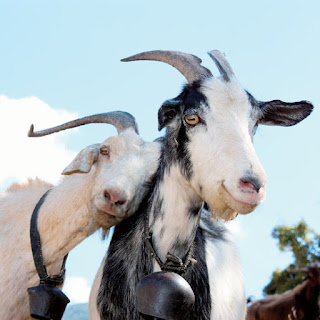 “Wisdom seems to sprout from the most unusual places and in the most unexpected moments.”

“If you want to find your way, you must become lost. Generously so.” I asked, “How does one become lost?” He replied, “Shall I turn you into a goat?”

The fire hissed softly as another piece of coal collapsed into white ash, overcome by the steadying flames. Still African to my bones, and quite used to warmer climates, I was grateful for the heat the juvenile bonfire emitted. But even its heat was no match for the wintry sternness and eeriness of the ‘Wodge,’ Schumacher’s Forest School site in Northwoods, Dartington. Except for the amber glow that danced uneasily across the faces of the cohorts in the circle, the whole place was dark and silent, with only tall proud trees and the bits of sky that fell through their interconnecting branches that bore witness to this hushed ring of seekers.

Fire. Witnessing trees. A desperate chill. And a whiff of collective madness. These were the elements that ordained this mysterious circle of 17 persons.

Manish signalled to me that it was time, so I went first — not before telling the group that one of the edges we had to explore in the days ahead was disgust, and how the things we feel repulsed by hold clues about the kinds of social-material frameworks we already inhabit. I then sat on a log of wood, raised my head to meet Manish’s gaze, and held out my hands as one would do when making supplication to the gods above. For what I was about to receive in return for my prayerful gesture, the moment was thick with perverse irony. Clad in a camo winter jacket, awkward head gear, and a blanket-scarf, Manish stirred the contents of the white ceramic bowl with his fingers, scooped up a generous amount, and pressed it on my face — covering my forehead, my cheeks, my chin, and nose with the stuff. He asked the circle to make a clicking sound with their tongues as I — and others after me — received this blessing. This anointing of sorts. I closed my eyes as the cold grimy mixture kissed my skin. When he was done, he placed a huge lump of the stuff between my cupped palms.

It was cow shit. Glorious cow shit. Green, brown, wild, and overpoweringly alive. We had obtained a fresh bucketful a farm away, mixed it with neem leaves and the spirit of a bonfire. Now it was on my face, like bees on a jar of honey. I stood up and retook my place in the circle. An hour or so later, we were all covered in shit (except two students who opted out for personal reasons), our faces a mishmash of toothy grins and green grime. The jokes came easy (“This is some good shit!” “We are having a bit of a shit-uation here!”) and then we shared stories and wise sayings in the womb of the forest as the shit dried up and stiffened our faces, so that many of us could hardly talk. I looked around, taking in all the faces: given that we had advertised that session as a “cow dung ritual,” it was amazing to me that everyone showed up. I had expected the students to scoff at some of the other processes we had earmarked for the week — “Death Walk,” “Powerful Questions,” “Composting Ourselves,” “Shop of the Open Heart” — but that didn’t happen.

Posted by oreydc at 7:05 PM No comments: Links to this post 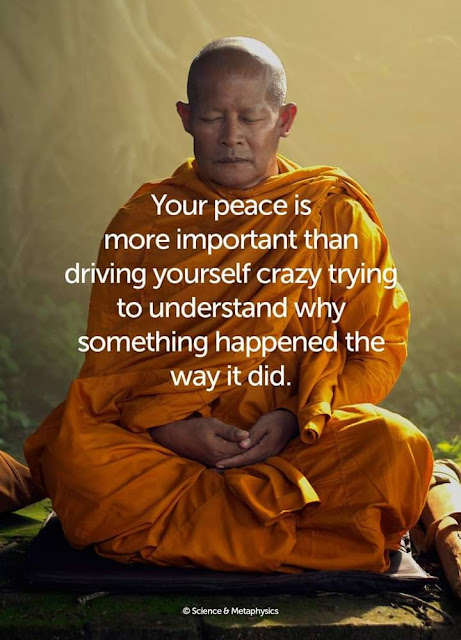 Posted by oreydc at 6:55 PM No comments: Links to this post Buddhadharma editor Tynette Deveaux talks to Buddhist Extinction Rebellion (XR) activist Mark Ovland about his decision to join the XR movement and why he feels it’s aligned with the dharma.

Mark Ovland left behind his Buddhist teacher training earlier this year to join the Extinction Rebellion (XR) movement as a climate activist. Monday, October 7 marked the beginning of a two-week campaign of action by XR in 60 cities around the world, and I spoke to Ovland just days before the protests began.

When we spoke, police were preparing to raid the XR warehouse in London, where the group was storing equipment for their demonstrations. Ovland said police had blocked every road out, and were arresting anyone trying to get things out of the warehouse, including solar panels, portable toilets, and kitchen equipment.

Police used a battering ram to break into the building after activists barricaded themselves inside, and 10 people were arrested for “suspicion of conspiracy to cause public nuisance.” Hours after the raid on the XR warehouse, the group says it received £45,000 from the public to replace items confiscated by police. Nearly 300 people were arrested in London during Monday’s protests.

Make the jump here to read the full article and more

Posted by oreydc at 6:52 PM No comments: Links to this post

The sooner one develops compassion on this journey, the better. Compassion lets us appreciate that each individual is doing what he or she must do, and that there is no reason to judge another person or oneself. You merely do what you can to further your own awakening.

Posted by oreydc at 6:48 PM No comments: Links to this post

Via Daily Dharma: Gifts at the End of Life

The end of life often offers rare opportunities to affirm and deepen our highest human values—reconciling conflicts, sharing forgiveness and gratitude, deepening a sense of loving intimacy, and rising above our myopic experience of ourselves, our lives, and the world.

—Joseph Loizzo, “So the Darkness Shall Be the Light”

CLICK HERE TO READ THE FULL ARTICLE
Posted by oreydc at 6:46 PM No comments: Links to this post

Via Daily Dharma: Sitting with Vulnerability

By putting things in a bigger context, [we are] able to enter a whole realm of practice—learning to stay with the rawness or vulnerability of being human.

—Pema Chödrön, “On Not Losing Heart”

CLICK HERE TO READ THE FULL ARTICLE
Posted by oreydc at 6:42 PM No comments: Links to this post