Via Daily Dharma: How to Truly Address Dissatisfaction

Consumerism promotes desire and dissatisfaction, the very source of suffering, as explained in the Buddha’s Four Noble Truths. … What is unique about the Buddhist approach is that it goes to the very root of the urge for more, the desire, the hook that keeps us constantly searching for what will relieve our dissatisfaction.

—Interview with Stephanie Kaza by John Elder, “Ego in the Shopping Cart”

CLICK HERE TO READ THE FULL ARTICLE
Posted by oreydc at 11:02 AM No comments: Links to this post 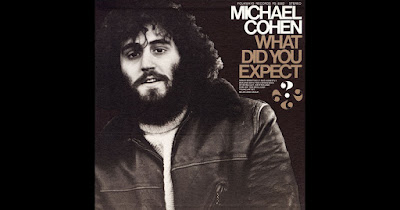 1997 -
On this date the pioneering gay singer-songwriter MICHAEL COHEN died (b: 1951). Sadly, Cohen has largely been forgotten, but his first album is considered one of the first, if not the first album by a major label by an openly Gay musician.
Released in 1973 on the Folkways label, Cohen's album made no bones about its nature. Titled "What Did You Expect: Songs about the Experiences of Being Gay", it consisted of nine songs that recounted Cohen's coming-out experience, ballads about his lover and a cover of a song by Leonard Cohen (no relation that we know of). The liner notes reveal that he lived in New York and was a taxi driver and very connected to the art scene in the early 70s. That's about it. He recorded two more albums (one more for Folkways, Some Of Us Had To Live" and the third on a smaller label).
But after that Cohen dropped off the radar. The music though is still fantastic and well produced and although comparisons are never great, Cohen's voice is reminiscent of a smoother Jim Croce. But you give it a listen and tell us what you think. Thanks to the gift of the Folkways archive to the Smithsonian, we can all still hear Cohen's work and even download the two Folkways albums via the Smithsonian Folkways website at http://www.folkways.si.edu/albumdetails.aspx?itemid=1461 and http://www.folkways.si.edu/albumdetails.aspx?itemid=1462
He is definitely someone to know about and listen to. For more about Cohen visit the fantastic Queer Music Heritage site's Michael Cohen page at http://www.queermusicheritage.com/jun2005mc.html
Posted by oreydc at 10:41 AM No comments: Links to this post

Via White Crane Institute: This Day in Gay History November 28: 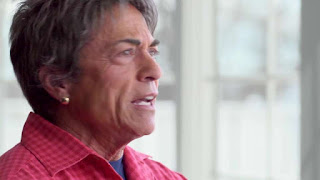 1944 -
RITA MAE BROWN American writer, born; Best known for her mysteries and other novels (Rubyfruit Jungle), she is also an Emmy-nominated screenwriter. In the 1960s, Brown attended the University of Florida but was expelled; she states that it was for her participation in a civil rights rally. She moved to New York and attended New York University, where she received a degree in classics and English. Later she received another degree in cinematography from the New York School of Visial Arts. She also holds a doctorate in political science from the Institute for Policy Studies in Washington D.C.
In the late 1960s, Brown turned her attention to politics. She became active in the American Civil Rights movement, the anti-war movement, the Gay Liberation movement and the feminist movement. She cofounded the Student Homophile League and participated in the Stonewall Uprising (pg 243 of the 1997 edition of "Rita Will": "There stood Martha Shelley and I in a sea of rioting Gay men...'Martha, we'd better get the hell out of here.'") in New York City. She took an administrative position with the fledgling National Organization for Women, but angrily resigned in February 1970 over Betty Friedan’s anti-Gay remarks and NOW's attempts to distance itself from Lesbian organizations. She played a leading role in the "Lavender Menace" zap of the Second Congress to Unite Women on May 1, 1970, which protested Friedan's remarks and the exclusion of Lesbians from the women's movement.
In the early 1970s, she became a founding member of The Furies Collective, a Lesbian feminist newspaper collective which held that heterosexuality was the root of all oppression. She is the former girlfriend of tennis player Martina Navratilova, actress and writer Fannie Flagg, socialite Judy Nelson and politician Elaine Noble. Brown enjoys American fox hunting and is master of her Fox Hunt Club. She has also played polo and started the woman-only Blue Ridge Polo Club.
The woman is funny, she’s deadly serious, and you’d better damn well listen up. She’s just like Molly Bolt, the heroine of her semi-autobiographical Rubyfruit Jungle who locks her adoptive mother in the root cellar. She’s a born fighter and doesn’t take any nonsense from anyone. She’d be awfully hard to take if it weren’t for the fact that she’s right in what she says almost all the time. And she says exactly what most people don’t want to hear. Like, for example, “I don’t think there is a ‘Gay lifestyle.’ I think that’s superficial crap all that talk about Gay culture. A couple of restaurants on Castro Street and a couple of magazines do not constitute culture. Michelangelo is culture. Virginia Woolf is culture. So let’s don’t confuse our terms. Wearing earrings is not culture, that’s a fad and it passes. I think we’ve blown superficial characteristics out of proportion…”
Posted by oreydc at 10:36 AM No comments: Links to this post