Via JMG: Quote Of The Day - Erwin Chemerinsky 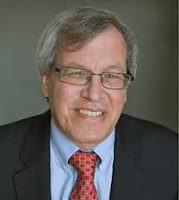 "I continue to believe that the [Supreme] Court will rule, five-to-four, in an opinion authored by Justice Anthony Kennedy, that laws prohibiting marriage equality violate the United States Constitution. Kennedy wrote the Court’s opinions in Romer v. Evans (1996) and Lawrence v. Texas (2003), and I think that he will see his longest-lasting legacy from over a quarter of a century on the Court being in the area of eliminating discrimination against gays and lesbians. I believe that his opinion will emphasize, as he did in Romer and Lawrence, the absence of any legitimate interest for prohibiting marriage by same-sex couples. As in Lawrence, and other opinions, he will point to the trend across the world." - Erwin Chemerinsky, dean of UC Irvine's law school.
Labels: marriage equality, Quote Of The Day, SCOTUS
reposted from Joe
Posted by oreydc at 6:20 PM