LZ Granderson: The myth of the gay agenda

Posted by oreydc at 11:02 PM No comments: Links to this post 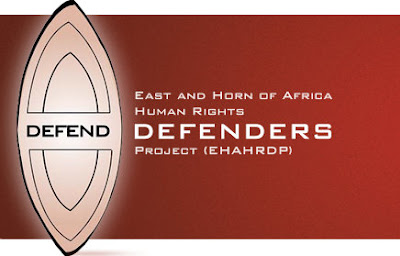 Ugandan police today raided an international LGBT rights meeting and questioned the attendees. In addition to local activists, the meeting was attended by representatives of Canada, Kenya, and Rwanda. The event was organized by the East and Horn of Africa Human Rights Defenders Project. (Website)

The police forced their way into some of the activists' hotel rooms, the group said. The training workshop was intended to bolster the local gay community's abilities to report rights abuses. Activists condemned the police action and said it represented a growing trend. "This ludicrous and senseless harassment of human rights activists has no basis in law whatsoever and has to stop," Michelle Kagari, Amnesty International's deputy director for Africa, said. "We are seeing a worrying pattern emerging whereby the Ugandan authorities engage in arbitrary activities deliberately designed to intimidate and threaten legitimate human rights work," Ms Kagari said.

Reposted from Joe
Posted by oreydc at 10:51 PM No comments: Links to this post

Read the article in the Tricycle Wisdom Collection through June 20, 2012
For full access at any time, become a Tricycle Community Supporting or Sustaining Member

Posted by oreydc at 9:27 AM No comments: Links to this post