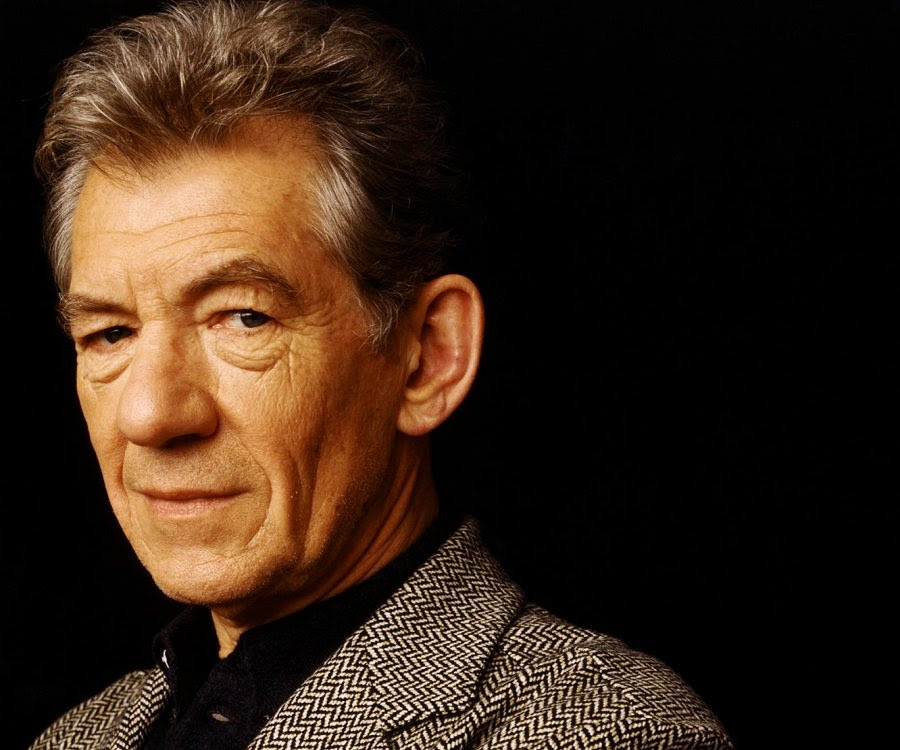 Sir Ian McKellen
1939 -
Today's the birthday of beloved stage and screen actor and long time Gay Rights advocate and hero SIR IAN McKELLEN. Born in Burnley, England, he studied at St. Catharine's College, University of Cambridge. McKellen was nominated for an Oscar for his role as Gay director James Whale ("Frankenstein") in Gods and Monsters becoming the first openly Gay actor to be nominated.
He is the recipient of six Oliviers, a Tony Award, a Golden Globe Award, a Screen Actors Guild Award, A BIF Award, two Saturn Awards, four Drama Desk Awards and two Critic’s Choice Awards. He has also received two Academy Award nominations, five Emmy Award nominations, and four BAFTA nominations.
He's had quite a career with roles in such classic plays (and films adaptations) of Macbeth, Richard III and Edward II to name just a few. These are all available on DVD and well worth the watching. Millions of fans the world over know him as the bearded wizard Gandalf or the helmeted mutant master of magnetism Magneto. He may be the best known out Gay actor in the world. He's been out for decades becoming one of the first to do so back in the 1980s. People told him it would mean the end of his career. It hasn't.
In 2009 McKellen premiered a one-man show in Washington, DC as a benefit for the Washington Shakespeare Theater. He held an audience and this writer spellbound as he performed soliloquy after soliloquy from Shakespearean roles he's had over the years. He shared stories of the actors he has known and called friend. Most moving of all was his telling the story of being in South Africa after the end of apartheid. He was there for a role but was asked by local gay activists if he'd be willing to speak to Nelson Mandela about the need for Gay Rights protections in the new country's constitution.
He told them he would only agree if he were accompanied by South African Gay activist leaders. The three of them, all friends, met with Mandela and spoke of the need for the new country to place Gay Rights protections into the constitution. Mandela agreed and it was his support that allowed for South Africa to become the first country to place direct rights for Gay and Lesbian people into its constitution. McKellen called it the proudest moment of his life. We love you Sir Ian. Happy birthday!
Posted by oreydc at 12:46 PM No comments:

Via Daily Dharma: Imagine the War Being Over

Victory is no balm for loss. Any of us may celebrate a moment, but we live a long time, and finality is not what we need, compassion is what we need. Let the future think about the war being over, because then it will be.

—George Evans,“A Walk in the Garden of Heaven”

CLICK HERE TO READ THE FULL ARTICLE
Posted by oreydc at 12:39 PM No comments: