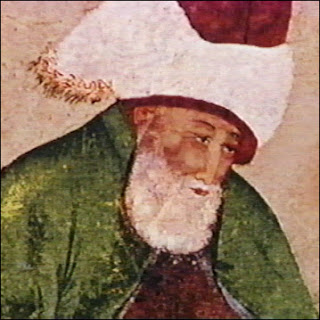 
Rumi was a 13th century Persian (Tajik) Muslim poet, jurist and theologian. His name literally translates as "Majesty of Religion", Jalal means "majesty" and Din means "religion." Rumi is a descriptive name meaning "the Roman" since he died in Anatolia which was part of the Byzantine Empire two centuries before.


Rumi was born in Balkh (in present-day Afghanistan), then a city of Greater Khorasan in Persia and died in Konya (in present-day Turkey). His birthplace and native language/local dialogue indicates a Persian (Tajik) heritage. His poetry is in Persian and his works are widely read in Iran, Afghanistan, Tajikistan, Uzbekistan and in translation especially in Turkey, Azerbaijan, the US, and South Asia. He lived most of his life in, and produced his works under, the Sejuk Empire. Rumi's importance is considered to transcend national and ethnic borders. Throughout the centuries he has had a significant influence on Persian as well as Urdu and Turkish literature. His poems have been widely translated into many of the world's languages in various formats. After Rumi's death, his followers founded the Meylevi Order, better known as the "Whirling Dervishes," who believe in performing their worship in the form of dance and music ceremony called the sema.


It was his meeting with the dervish Shams-e Tabrizi on November 15th 1244 that changed his life completely. Shams had traveled throughout the Middle East searching and praying for someone who could "endure my company." A voice came, "What will you give in return?" "My head!" "The one you seek is Jalal al-Din of Konya." On the night of December 5, 1248, as Rumi and Shams were talking, Shams was called to the back door. He went out, never to be seen again. It is believed that he was murdered with the connivance of Rumi's son, 'Ala' ud-Din; if so, Shams indeed gave his head for the privilege of mystical friendship.


Rumi's love and his bereavement for the death of Shams found their expression in an outpouring of music, dance and lyric poems, Divan-e Shams-e Tabrizi. He himself went out searching for Shams and journeyed again to Damascus. There, he realized:


Why should I seek? I am the same as


He. His essence speaks through me.


I have been looking for myself!


For more than ten years after meeting Shams, Mawlana had been spontaneously composing ghazals, and these had been collected in the Divan-i Kabir. Rumi found another companion in Salaḥ ud-Din-e Zarkub, the goldsmith. After Salaḥ ud-Din's death, Rumi's scribe and favorite student Hussam-e Chelebi assumed the role. One day, the two of them were wandering through the Meram vineyards outside of Konya when Hussam described an idea he had to Rumi: "If you were to write a book like the Ilāhīnāma of Sanai or the Mantiq ut-Tayr of 'Attar it would become the companion of many troubadours. They would fill their hearts from your work and compose music to accompany it."


Rumi smiled and took out a piece of paper on which were written the opening eighteen lines of his Masnavi, beginning with:


Listen to the reed and the tale it tells,


How it sings of separation...


Hussam implored Rumi to write more. Rumi spent the next twelve years of his life in Anatolia dictating the six volumes of this masterwork, the Masnavi to Hussam. In December 1273, Rumi fell ill; he predicted his own death and composed the well-known ghazal, which begins with the verse:


How doest thou know what sort of king I have within me as companion?


Do not cast thy glance upon my golden face, for I have iron legs.


He died on December 17, 1273 in Konya; Rumi was laid to rest beside his father, and a splendid shrine, the Yesil Turbe "Green Tomb" (original name:قبه لخزراء), was erected over his tomb. His epitaph reads:


"When we are dead, seek not our tomb in the earth, but find it in the hearts of men."
Posted by oreydc at 11:10 AM No comments: Links to this post 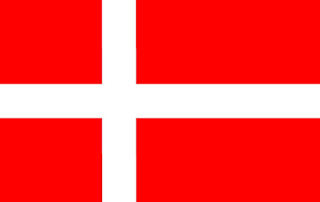 Posted by oreydc at 10:45 AM No comments: Links to this post

Via Daily Dharma: Appreciate the Opportunity to Notice

When I put so much stock in formal meditation, I forget that it’s only one way of helping me see the magic that surrounds me and that is me. Redefining meditation simply as “the opportunity to notice” opens up a world of possibilities.

CLICK HERE TO READ THE FULL ARTICLE
Posted by oreydc at 10:37 AM No comments: Links to this post