Posted by oreydc at 8:28 AM No comments: Links to this post 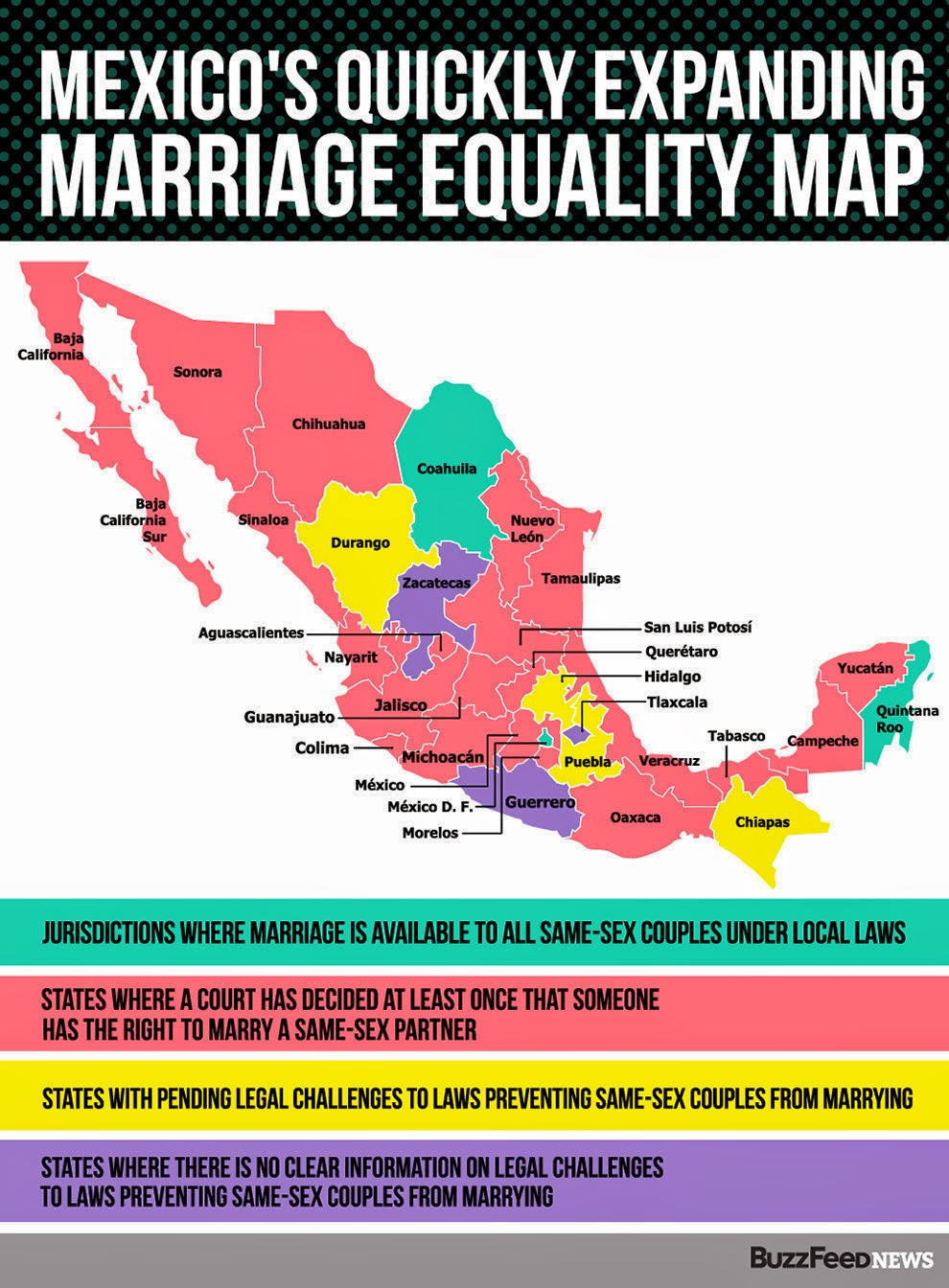 
Courts in more than two-thirds of Mexico’s 31 states have granted same-sex couples the right to marry over the past two years in a series of rulings that will likely make marriage equality a reality nationwide in the near future. The wave of rulings throughout Mexico hasn’t caused the uproar that has followed rulings in the United States over the past year striking down state laws barring same-sex couples from marrying. Couples have not rushed to marry nor have conservatives organized major protests.

This is in part because the technicalities of Mexican law have meant these decisions have been much more narrow in their immediate impact. Each decision applies only to the individuals who have brought the cases, and other same-sex couples will still have to sue in order to marry. It takes multiple cases meeting certain technical requirements for the courts to nullify a state law in Mexico — a hurdle that has not yet been met. But with new rulings being announced almost every week — judges in six new states ruled in favor of marriage equality in the first two months of 2015 alone — it seems almost inevitable that this day is coming, say legal experts who have closely followed the litigation.

Same-sex marriages legally conducted in any Mexican jurisdiction are recognized by every state and by the federal government. Hit the first link and read the full report.


Reposted from Joe Jervis
Posted by oreydc at 8:09 AM No comments: Links to this post