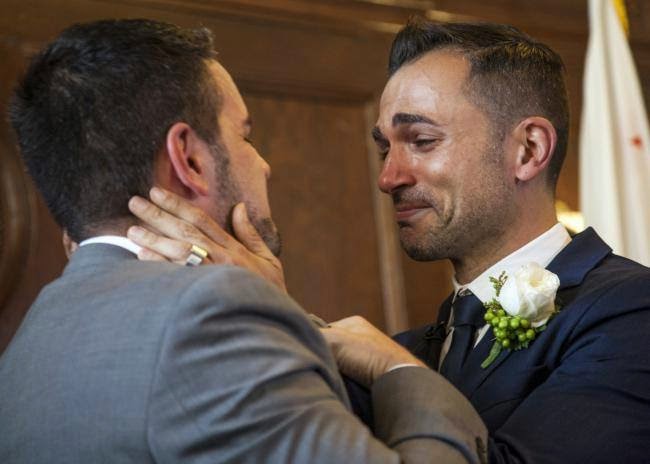 Looks like same-sex marriage is actually saving the institution of marriage in California! Marriage had been on the decline in the state and now it's on the rise with the legalization of same-sex marriage. The Sacramento Bee reports:

It was looking like another tough year for the California wedding industry. Through June of 2013, the number of new marriages statewide had fallen by almost 4,000, or 3 percent, from 2012.

Then the Supreme Court overturned Proposition 8 and allowed gay marriages in California.

After that decision, from July to December, the number of weddings grew by 27,000, or almost 25 percent, compared to the same period in 2012.

Total weddings statewide for 2013 eclipsed all recent years except 2008 - the last prior time that gays were allowed to marry.

NOM's crying in a corner somewhere.