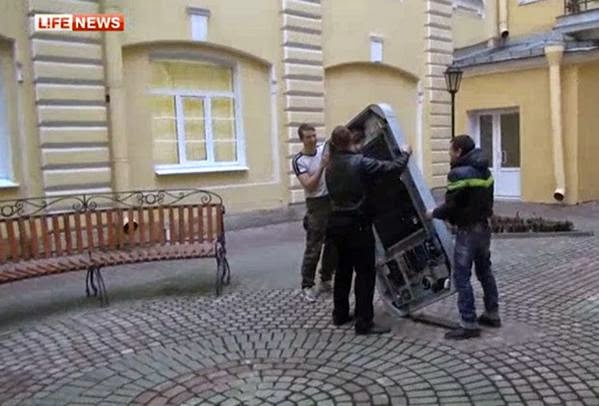 
Residents of Saint Petersburg have reportedly torn down a giant interactive iPhone memorial that commemorated the death of Apple founder Steve Jobs after the company's current CEO, Tim Cook, came out as gay on Thursday. Business FM Radio reports that the company that originally funded the memorial, ZEFS, decided to tear it down after Cook said he was proud to be gay. The six-foot tall memorial was erected in 2013 to celebrate Steve Jobs' life. It featured a large screen that showcased moments from Jobs' life, as well as scrolling quotations from his speeches and a QR code on the back that would take people who scanned it to a website.

The chairman of the company that installed the memorial said that it might return with a message that instructs Russians not to buy Apple products. (Tipped by JMG reader Alan)


Reposted from Joe Jervis
Posted by oreydc at 12:00 AM