Metro Weekly's Chris Geidner reports that President Obama today contacted members of the Senate asking for their support of the Defense Authorization Act, which includes the repeal of DADT.


White House spokesman Shin Inouye tells Metro Weekly, "The President has been reaching out to Senators from both sides of the aisle to reiterate his desire to see Congress pass the National Defense Authorization Act, including a repeal of 'Don't Ask, Don't Tell', during the lame duck."

This morning Sen. Harry Reid indicated that he may bring the cloture vote on the bill to the floor this evening.

Aubrey Sarvis, the executive director of Servicemembers Legal Defense Network, said in a statement this morning, "Reid is actively reaching out to his Republican colleagues to reach an agreement on how to proceed. We also know from Hill sources the President is actively working today's vote with key Republican senators. Today the Senate has an opportunity to make the nation's defense funding and our service members a higher priority than tax cuts for millionaires."

"Harvey Milk spent the last years of his life fighting not only for rights for gays and lesbians across the nation, but also against the idea that the only way to achieve those rights is to lobby the government and financially support so-called 'straight allies'. Harvey believed the best way to secure our rights was through grassroots action, coalition building and the election of LGBT people to office at all levels of government. He encouraged people to come out of the closet and be vocal about who they were and why they deserved full equality, not partial equality or crumbs. For the HRC leadership, which still advocates a piecemeal, wait-and-see approach to try and co-opt and profit from Harvey's legacy is an outrage." - Oscar winning Milk screenwriter Dustin Lance Black, in a joint statement with the Log Cabin Republicans denouncing HRC's move into Harvey Milk's camera store.

RELATED: Wayne Besen of Truth Wins Out is denouncing the LCR's denouncement.


Before I hear the Log Cabin Republicans whine about HRC, I want to see these Uncle Marys pave the way by making the Republican Party more friendly towards LGBT Equality. When Log Cabin recruits and puts forth viable candidates that can actually be endorsed, we can begin an honest discussion. Until then, they are just blowing smoke where the sun don’t shine. As for Black, he ought to pick his fights and friends more carefully. Right now he is a hero. I would hate to see his moral authority erode by getting bogged down in community infighting when he ought to keep his eye on the ball by battling our real enemies — most of whom happen to be Republicans. 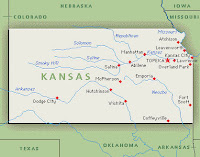 With the backing of Kansas State University, the city commission of the small town of Manhattan, Kansas, known locally as the "Little Apple," has narrowly approved a sweeping LGBT rights ordinance by a vote of 3-2. The vote was hotly followed across major anti-gay websites as a possible harbinger of the continued march for equality out of the big cities and into the heartland.

In Manhattan, Kansas, city commissioners have passed a controversial "anti-discrimination" ordinance creating a special protected class for the sexually confused. The move has many Christian leaders dismayed at the direction of their rural Kansas town. Kansas Family Policy Council director Donna Lippoldt attended the meeting. She shares her reaction to the vote. "I don't think that the rest of the people in the state have any idea that they're sending their children to a university that has [endorsed] the gay agenda -- and [that] they just want more and more people to come who have this lifestyle," laments the family advocate. "It was very, very disappointing."

If you are simply shaking your head and giving thanks this debacle is not taking place in your town, be ready for a scary surprise in your morning paper. In April of 2010 Manhattan, Kansas, deep within the Bible Belt of the heartland, had its first gay pride parade. Then, by political fiat, the month of June was name by the Manhattan mayor pro tem as Lesbian, Gay, Bisexual and Transgender Pride Month. Now in December, three out of five liberal politicians, on behalf of a minority group with a political agenda, are about to create a liberal city ordinance more extreme than anything seen in San Francisco. This new ordinance will be used as a civil hammer to beat traditional values into submission, and the shock waves will be felt around the country. Toto, we are in a big fix, because Kansas is about to be no longer in Kansas anymore.

Welcome out of the woods, Little Apple.

Labels: AFA, education, Kansas, LGBT rights
reposted from Joe
Posted by oreydc at 9:49 PM No comments: Links to this post